I have to confess that BA and MA shows are not usually top
of my list of must-sees when I have a busy schedule and am trying to narrow
down exhibitions not to be missed. Admittedly, if you’re lucky, you might just
spot the next big thing before he or she makes it on to the gallery scene, but,
equally, in the process, you are usually forced to wade through myriad shameless
– and embarrassingly inferior – copycatting of Tracey Emin, David Shrigley,
Gillian Wearing, and so on, all of which wears thin after very little time at
all.

So it was a pleasant surprise to find myself wandering
around the third floor of the Cass School of Art, Architecture and Design this
morning, not only enjoying nearly all of what was on display, but also finding
it to be of a standard at least as good and innovative as that which I had just
been to see across the road in the Whitechapel Gallery. 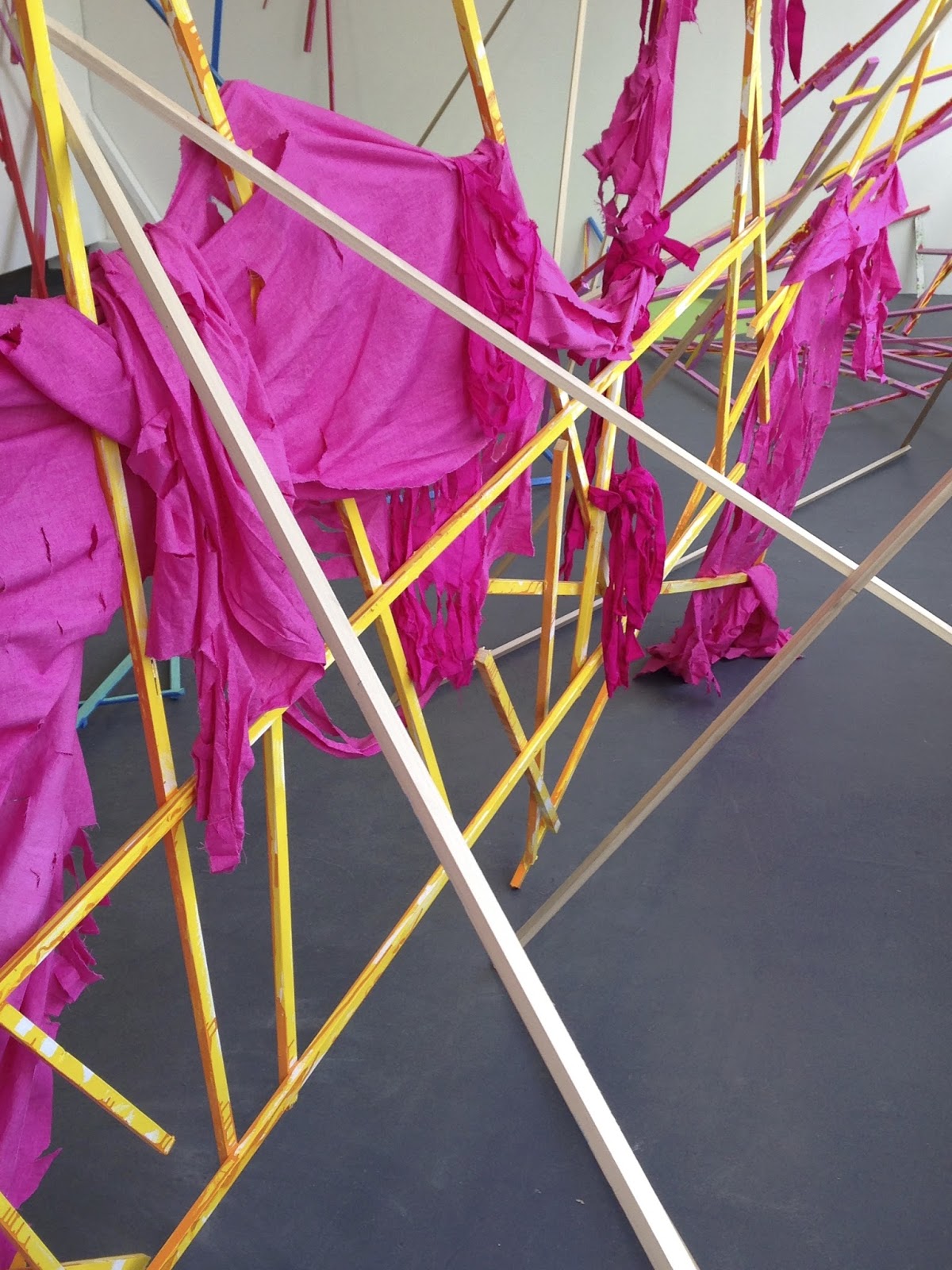 As part of London Metropolitan University, which has
received its (un)fair share of criticism over the past year, being branded “Britain’s
worst university” by Vice magazine, and plummeting in the league tables, many students
at Cass admit to often feeling ashamed to tell people where exactly they study.
However, as a largely independent entity, the Faculty of Art, Architecture, and
Design oughtn’t, perhaps, be tarnished by this same brush. This year’s BA class
are the first to come through a new system of ateliers, whereby second and third
year undergraduates get to choose a studio to be part of, and work together,
learning from each other’s collective experiences. So, for example, there are
options such as Crafting an Artistic Self, No Protest without Fantasy,
Performing Politics, and Things, Objects and Non-Objects. 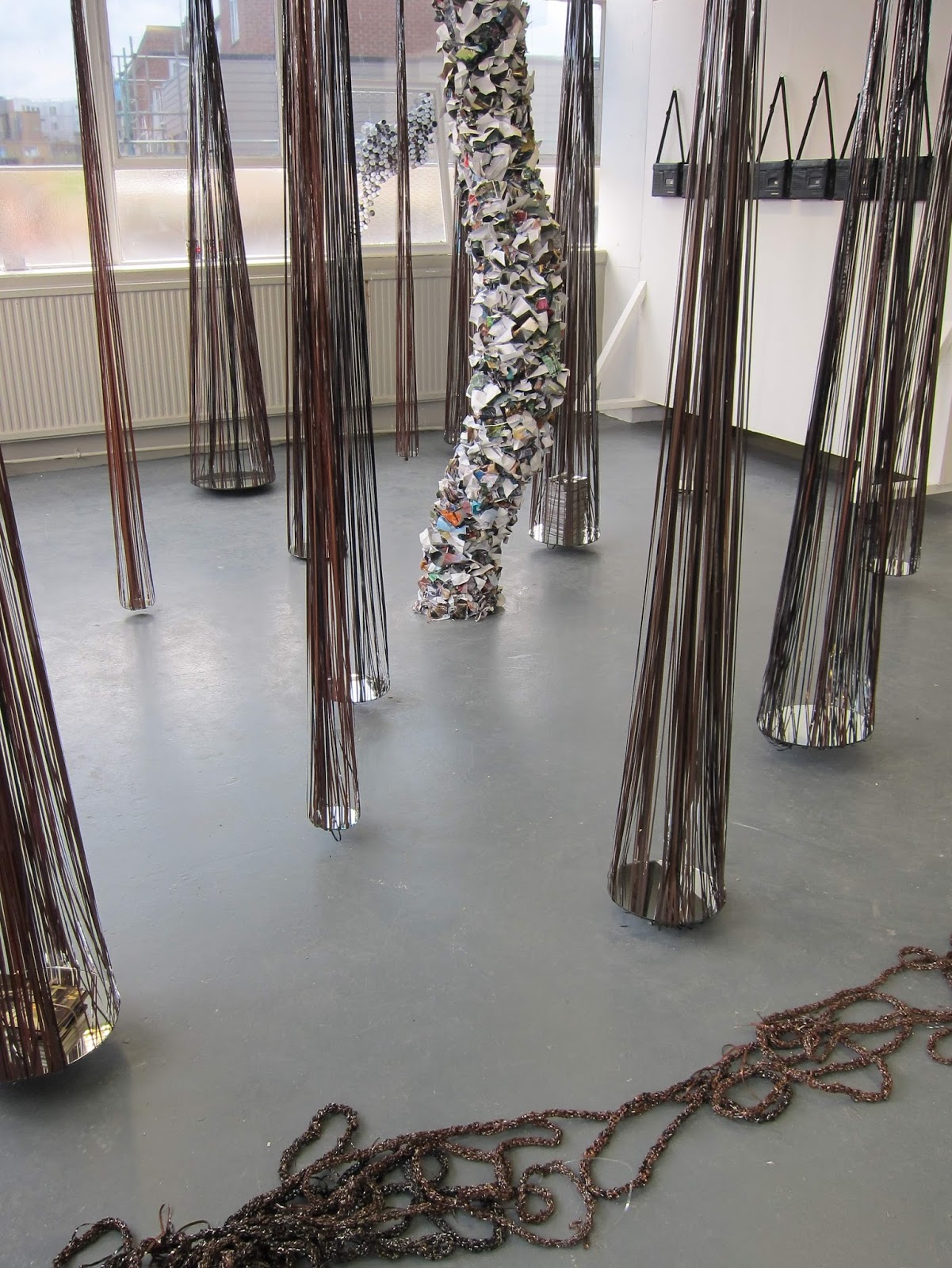 A student who chose the latter option, Karen Turner, spoke
to me of how it has changed her outlook on materials. Looking back over her
time at Cass, and to what she was doing, in her real life job as a window
dresser, beforehand, Turner admits that whilst not much has changed in her
methods, her ways of thinking have certainly enlarged. For her exhibition piece,
she has converted memories into materials, using family photographs to build a twisting
tower, and old cassette ribbons to suspend mirrors in a labyrinth of swinging
light reflectors, beautifully hung in a corner overlooking Rachel Whiteread’s
Whitechapel frieze and Rodney Graham’s weathervane. 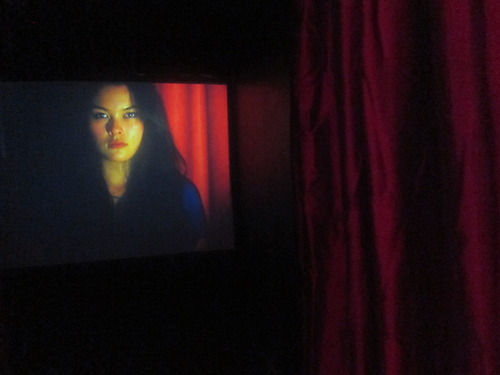 Another innovation in the school has been the moving in of
the architecture students to share the Whitechapel High Street building,
bringing about an interesting cross-fertilisation of views on space and its
use. This has perhaps influenced the number of installation works in this
year’s show, many with interactive instructions to the viewer, and my favourite
being Vika Verb’s wonderfully evocative cinema, with real velvet clad seats
behind a swishing curtain, a small screen showing her self-made “trailers” and
“main feature”, and even a popcorn machine. A few steps further, and you reach
Iona Roisin’s chilling but engaging narrative film, with the voice of a girl
telling the tale of a night out with friends, on which she was raped by a man
in a club. To accompany this work, Roisin has also produced a book of “desire
notes”: pithy, dirty, and sometimes erotic statements, à la Jenny Holzer, a few
of which feature on walls and ceilings across the gallery and stair wells too. 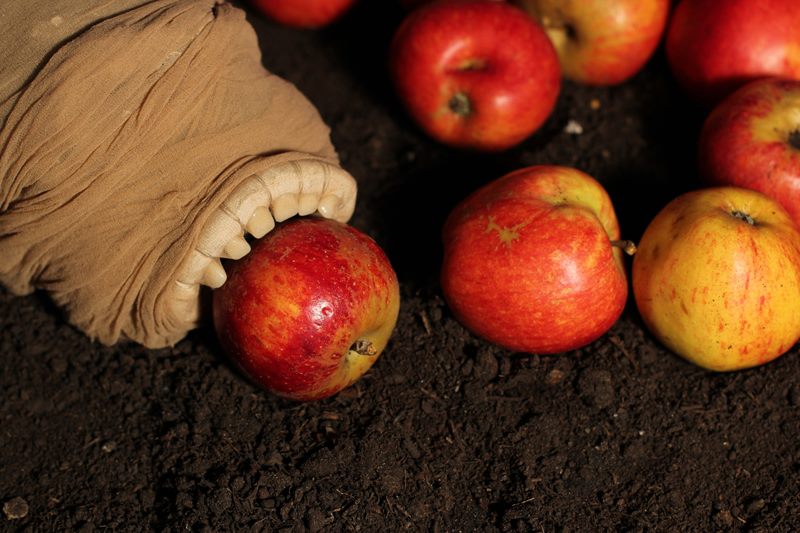 More traditional techniques are featured as well, from
painting to photography, architecture and design upstairs on the fourth floor,
and, on ground level, even musical instrument building.

The most significant change to the Cass system, however, has
been that the final exhibition, for the first time this year, counts towards
the students’ final grade. Some students, in fact, who were failed on their
proposed input, have been banned from taking part.[1]
This, Turner suggests, has been a great thing, both for the students
themselves, and also for the quality of the show overall (and, as such, its
reflection on the tutors). Offering the opportunity for students to learn
something about curating and displaying their work, as well as giving a lesson
in publicity and marketing (all vital things in the career of any aspiring
artist today), the fact that the show counts for something has meant that students,
on the whole, have really thrown themselves into it, putting in both graft and
consideration, and coming up with a grand finale well deserving of praise. If
this is anything to go by, I shall have to amend my judgment of schools’ shows,
and start moving them back up my league table of summer exhibitions not to be
missed.

[1] They will,
however, be given the opportunity to put together their own show in a different
faculty building at a later date.

I don’t have any answers, do you?