Review of Mela Yerka: What red blue is in? at Maria Stenfors

Mela Yerka: What red
blue is in?

“What red blue is in?” is clearly not a well-formed
sentence. Syntax is one thing feral children – children who have been abandoned
at a young age, and brought up by animals, or left to fend for themselves –
cannot learn, if they are only “rescued” beyond a certain stage in their
development. Another thing they struggle to establish is abstract thinking, in
turn something essential to our enjoyment and appreciation of figurative
painting, which requires the ability to see an image, or a representation,
emerging from the canvas, rather than just to see the paint marks and canvas
itself. Feral children might, therefore, seem a peculiar choice of subject
matter for an artist who, herself, is keen to experiment with precisely just
how different techniques and ways of making marks might lead to producing
various representations of a real world thing. But in Mela Yerka’s case, it
couldn’t have turned out better. This small selection of works, which takes the
viewer on a trip through art, as well as societal, history, is at once
thought-provoking, and, in numerous instances, quite exquisite. 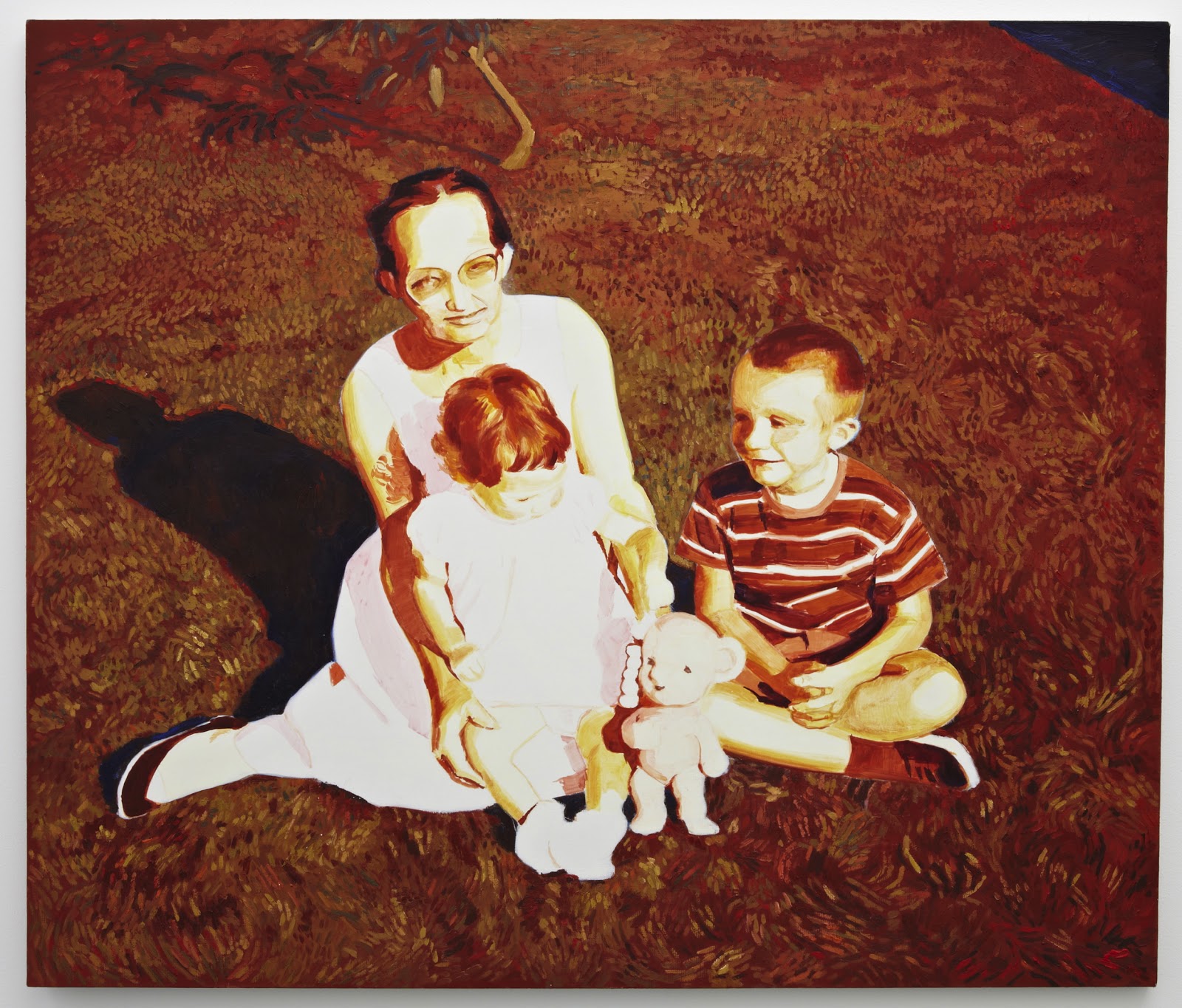 Yerka undertook a lot of research at the outset of her work
for this exhibition, but it ultimately led to her taking her own firm stance
and route, and deliberately cutting off at a certain point, so as not to get
too entrenched in the intriguing and morbidly fascinating case studies of these
children. So keen was she not to weigh the exhibition down with too many
connotations, that the working title of Forbidden
Experiments was abandoned. This phrase has often been applied, however, to
the protagonist of a number of the works, Genie, a girl who suffered a case of
terrible abuse and neglect in Los Angeles before being discovered, aged 13, in
1970. Here she is celebrated in four beautiful works. One, Genie Wiley with family, is an oil on linen worked up from a
photograph of Genie with her brother before the abuse began. It is eye-catching
in its orange colours, with a heavy complementary-coloured blue shadow cast by
her mother who holds the innocent toddler. The van Gogh style grass strokes
perhaps suggest something of the madness that lies ahead, when Genie was to be
left in the cellar, tied to a chair, for most of her first 13 years of life. 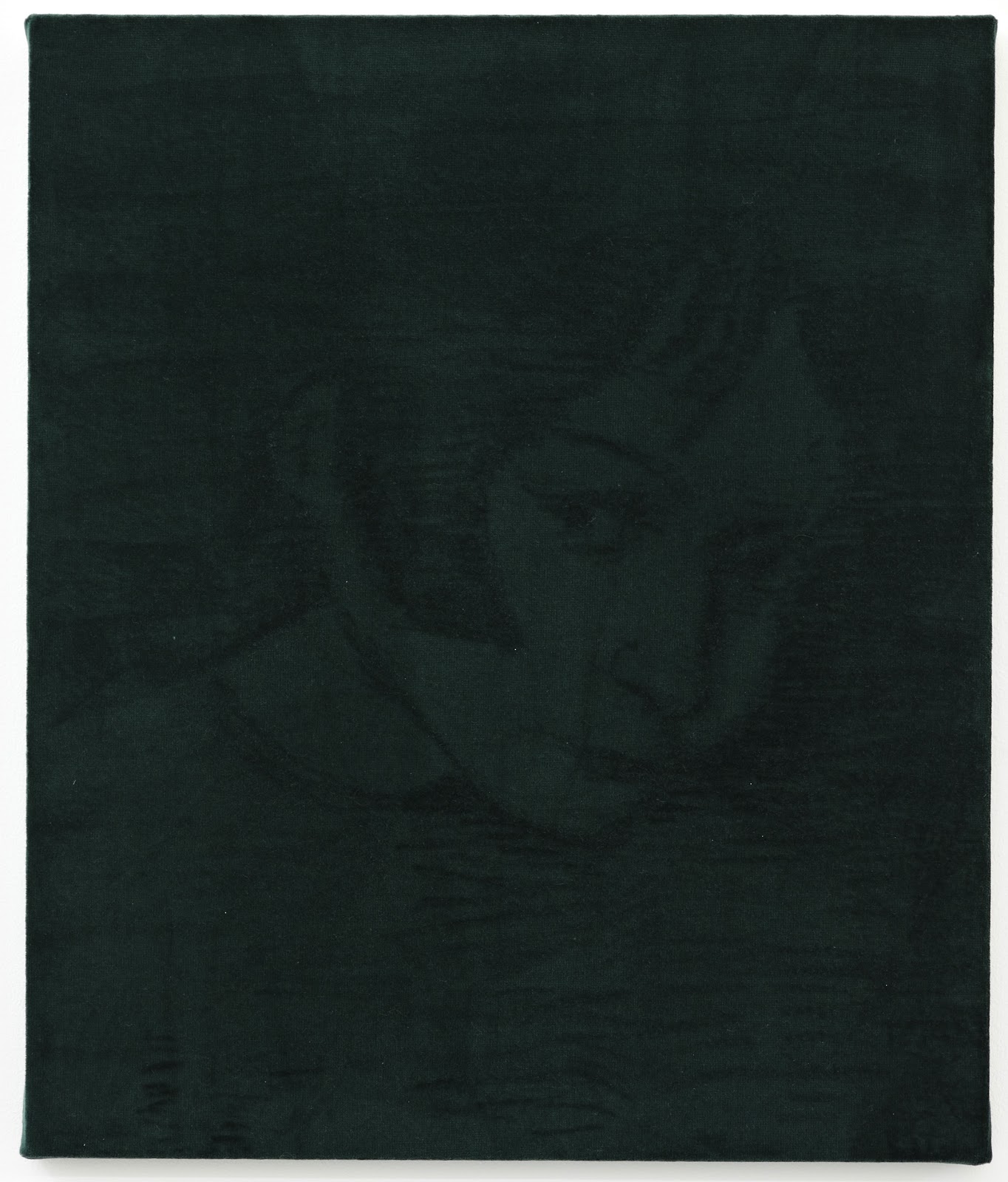 Two further works depict Genie as a teenager after she was
found: one, Genie Wiley (younger),
has been breathtakingly created by stroking a dry brush against deep green
velvet, and then setting the resulting picture with fixative. Her face thus
appears almost like a hallucination as you near the canvas and peer at it from
a certain angle. The other, Genie Wiley
(older), is a haunting grisaille from which she stares out, wide-eyed, and
catches the viewer’s gaze, like the child everyone would want to take home from
the orphanage. 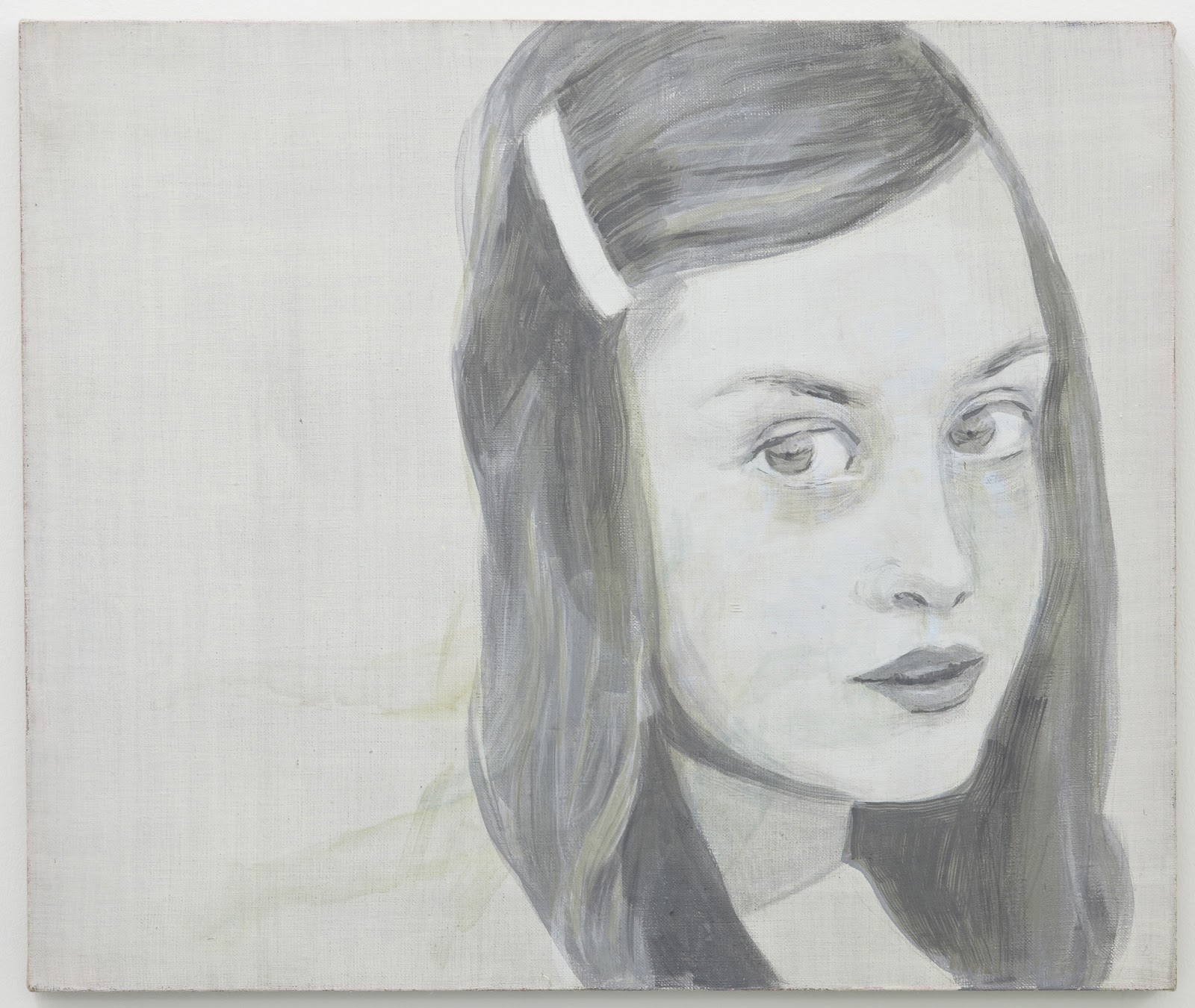 Alongside the van Gogh grass, elements of great masters such
as Piero della Francesca, Luigi Garzi, and Rembrandt are also featured in some
of the other works, and techniques are explored as diverse as egg tempera on
linen, oil on velvet, thread between glass sheets, and bleached linen, where
the canvas is “painted” on to with bleach, so that the image is not immediately
visible, but only appears gradually, thus necessitating a slow working process
with many layers built up over time. As with the green velvet piece, there is a
kind of presence emerging from an absence, the trace of an image, something which
is not quite there. Perhaps this sums up the existence of these feral children,
both in, of, and for themselves, with regards to what they have before and
after they have been found, as well as once the public furore and interest has
died down, and also with regards to the absence of humanity on the occasion of
their initial abandonment or mistreatment. Either way, this suitably subtle
exhibition, now taking as its title one of Genie’s attempted utterances, is
well worth seeing. 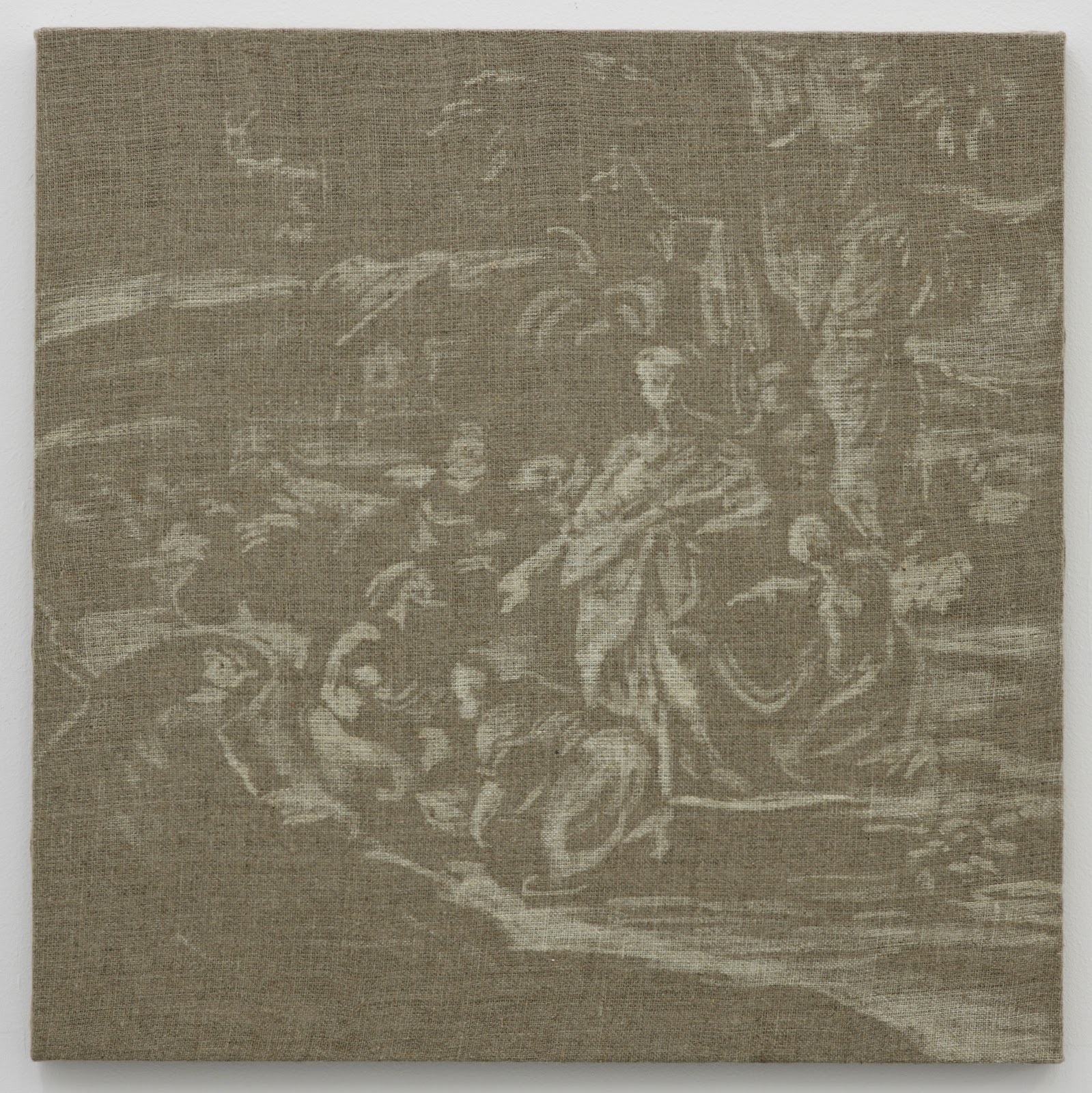 Finding of Moses after Luigi Garzi