When the RA acquired 6 Burlington Gardens back in 2001, they
had ambitious plans for how to use the building. Sadly, these had to be scaled
down when they failed to receive Heritage Lottery Funding. When private funders
kept asking what exactly the Royal Academicians themselves were doing to help
the project, however, the idea of an auction was born. Out of this grew an
exhibition, RA Now, the first ever in the 244-year history of the Academy to
showcase works exclusively by its members. 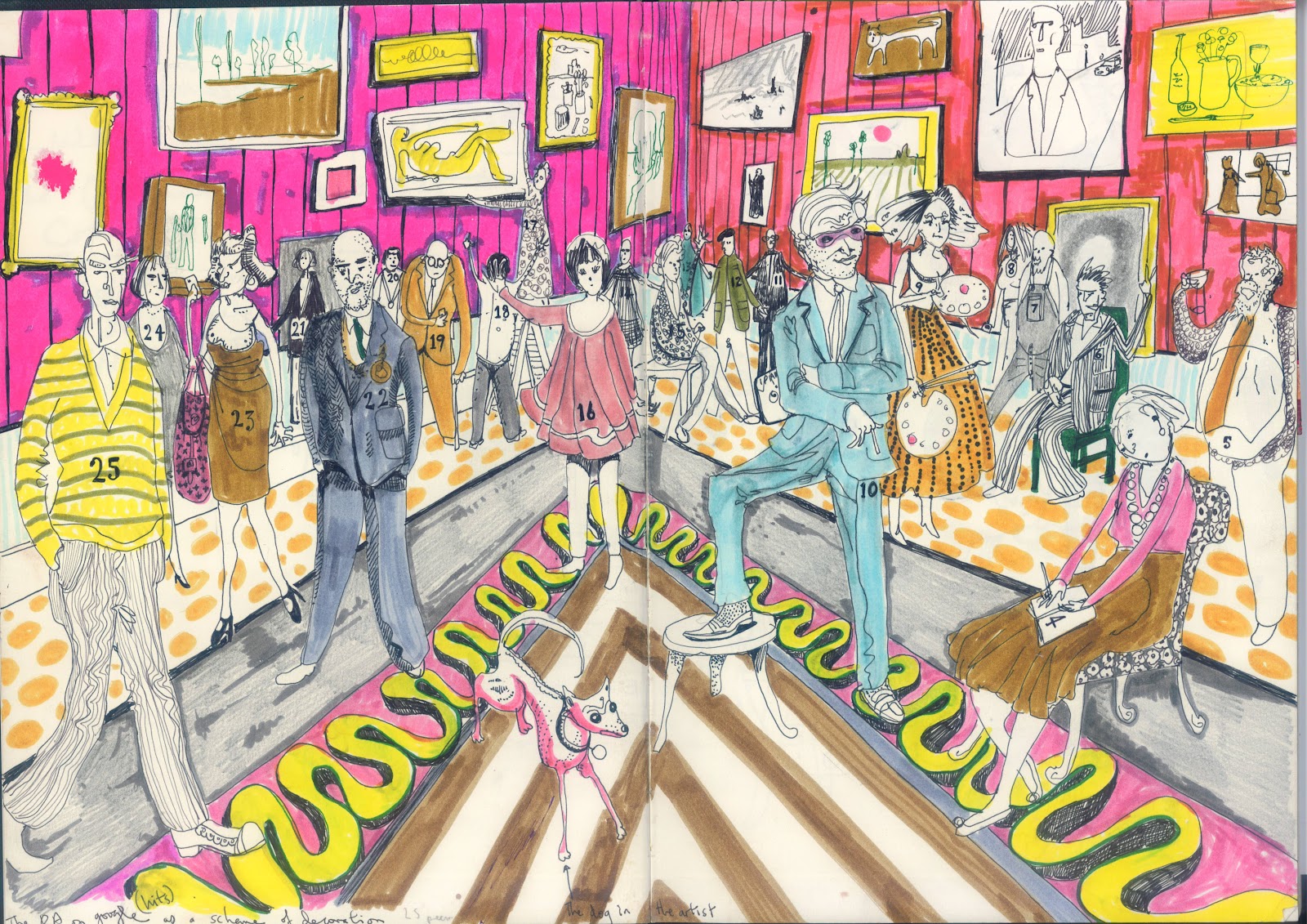 Royal Academicians are elected into the junior member
category by pre-existing members. Currently there are 80 of them. At the age of
75, they progress to the senior category. In addition, there are a number of
Honorary Royal Academicians, elected by the Academy’s General Assembly. RA Now
displays works by 121 current Academicians, and contains a wide range of
styles, media, and generations. Rather like a pared down Summer Exhibition,
without the clutter of public submissions, the show was co-ordinated by Allen
Jones RA, who was keen to create untypical groupings of works, capturing the
absolute diversity of the members.

Room one focuses on sculpture, and ranges from one of the
doyens of the Academy, Anthony Caro, with Fold
Centre (1984), a rusted steel workbench-like construction, made after a
visit to Morocco and seeing the roofs of buildings there, through Richard
Long’s Niger Drawing (2009), also
inspired by an African adventure (it is a washboard he found and marked as he
continued on his travels), to the most recent generation of Academicians, including
Cornelia Parker (with a drawing made of snake venom and its antidote, Poison and Antidote Drawing, 2010) and
Grayson Perry, who made a new pot especially for this show, depicting the
(unlabelled, but it’s great fun to try to guess who is who) Academicians at one
of their meetings (Bad Portraits of
Establishment Figures, 2012).

Room two focuses on photography and the figurative. Antony
Gormley’s Standing Matter XXXIV
(2011) stands in stark contrast next to Allen Jones’ own piece, Enchanteresse (2007), whilst Gillian
Wearing’s Self-portraits as Woman with
Bandaged Face (1995-2012) have more than a little in common with Honorary
RA Cindy Sherman’s Untitled (1980/2000),
depicting herself, in sepia, dressed as both a doctor and a nurse, playing, of
course, on gender stereotypes and issues of identity. 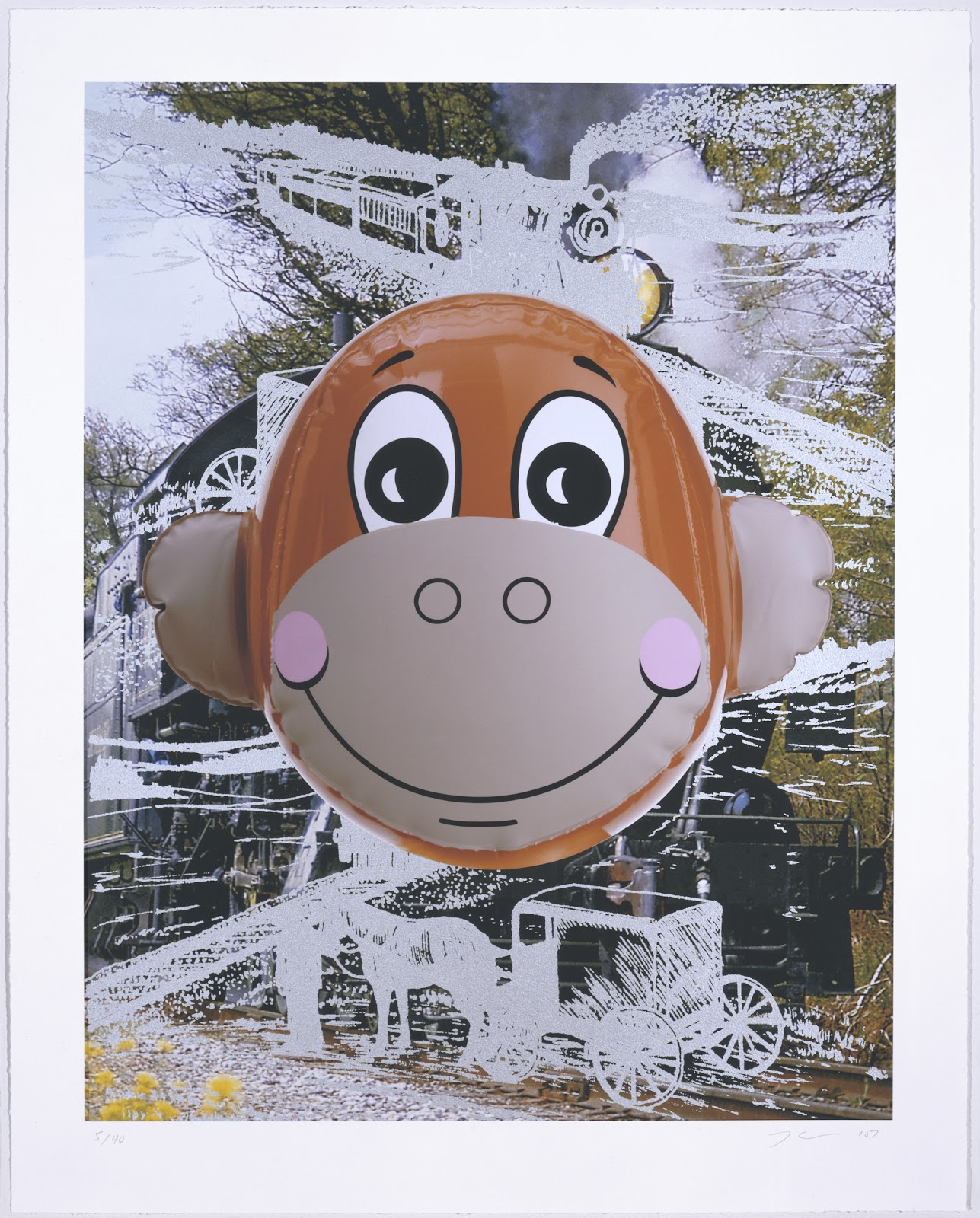 Room three ranges through some of the recognisable stars,
with Jeff Koon’s ubiquitous monkey (albeit not in 3D, Monkey Train, 2007), and the obligatory Tracey Emin monoprint (A Fool, 2011). Jenny Saville, one of the
youngest members, has donated one of her recent series of pencil studies, Mother and Child Study II (2009), where,
based on Renaissance images of the Virgin and Child, she depicts her pregnant
self and her son, as he struggles to escape her grip. An interesting contrast
is also set up between the very different representations of leaves by David
Hockney (Autumn Leaves, 2008, an
inkjet printed computer drawing which just predates his foray into iPad
drawings) on the one hand, and Gary Hume (Untitled,
2008/2011, a mixture of charcoal drawing, UV Perspex, and gloss paint) on the
other. 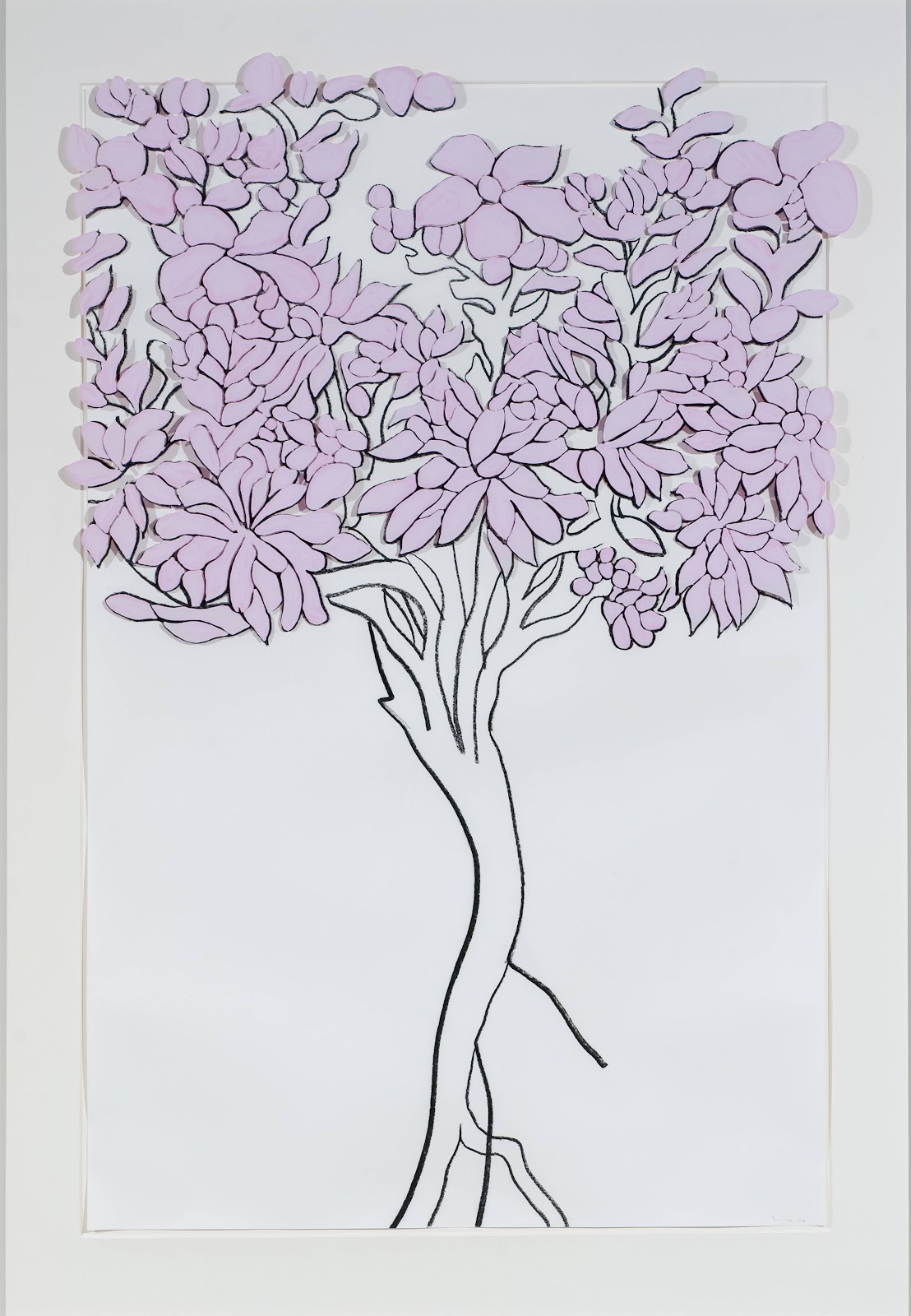 Room four is turned over to large works. Broadly gestural
and abstract, it includes the likes of Barbara Rae (Andalusia, 2009), Albert Irvin (Harmony,
2009), and Gillian Ayres (Cartouche I,
2001). A celebration of colour and scale, and a perfect use of the newly
acquired lofty space. 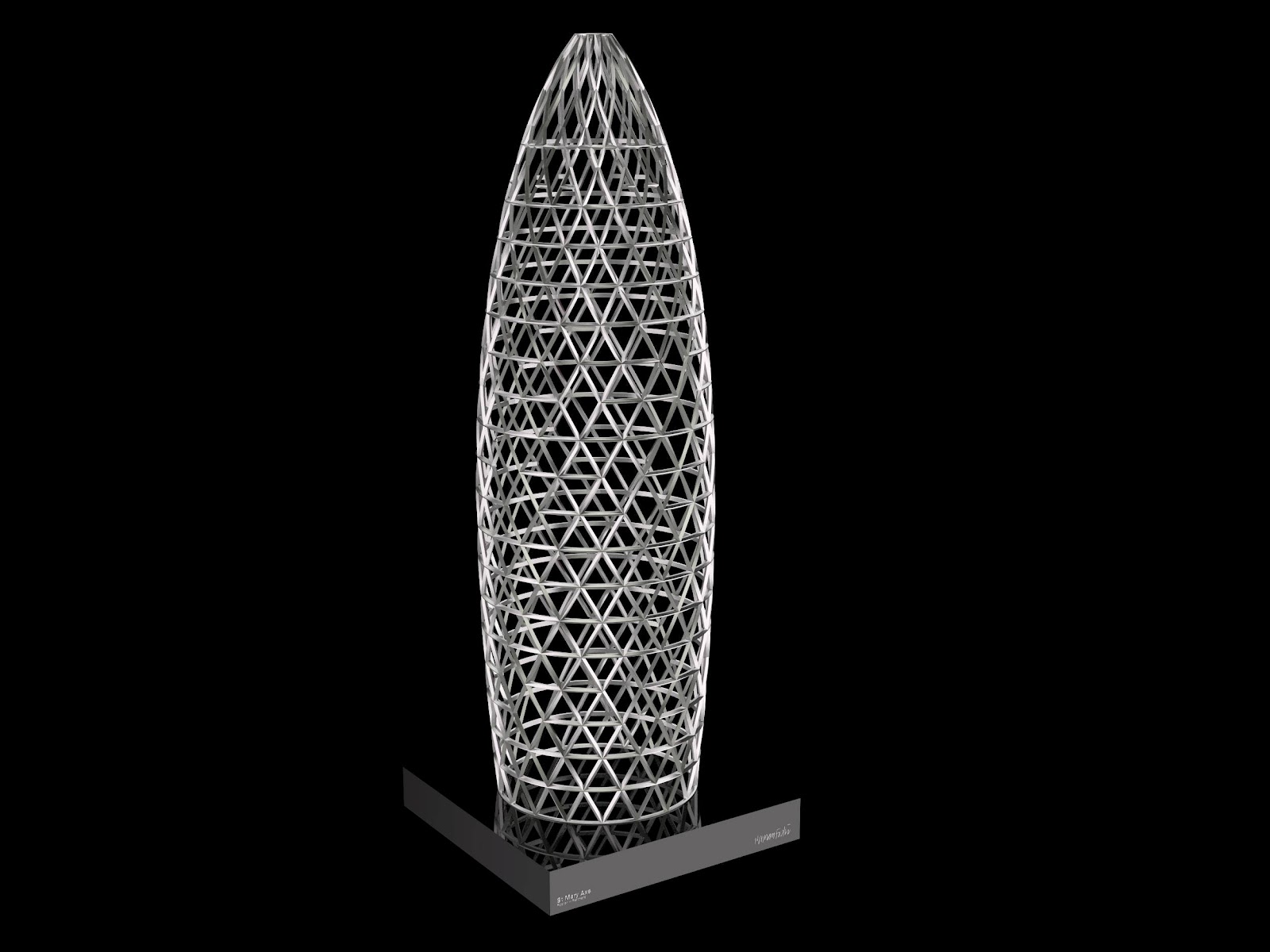 Finally, down one level, room five is filled with
architectural sketches and models, lest we forget some of the prestigious
achievements of Academicians in this field. A sketch for David Chipperfield’s
Neues Museum in Berlin hangs proudly above a scale model of Norman Foster’s 30
St. Mary Axe (the “Gherkin”) and the unrealised Museum of Tolerance by Frank O.
Gehry. 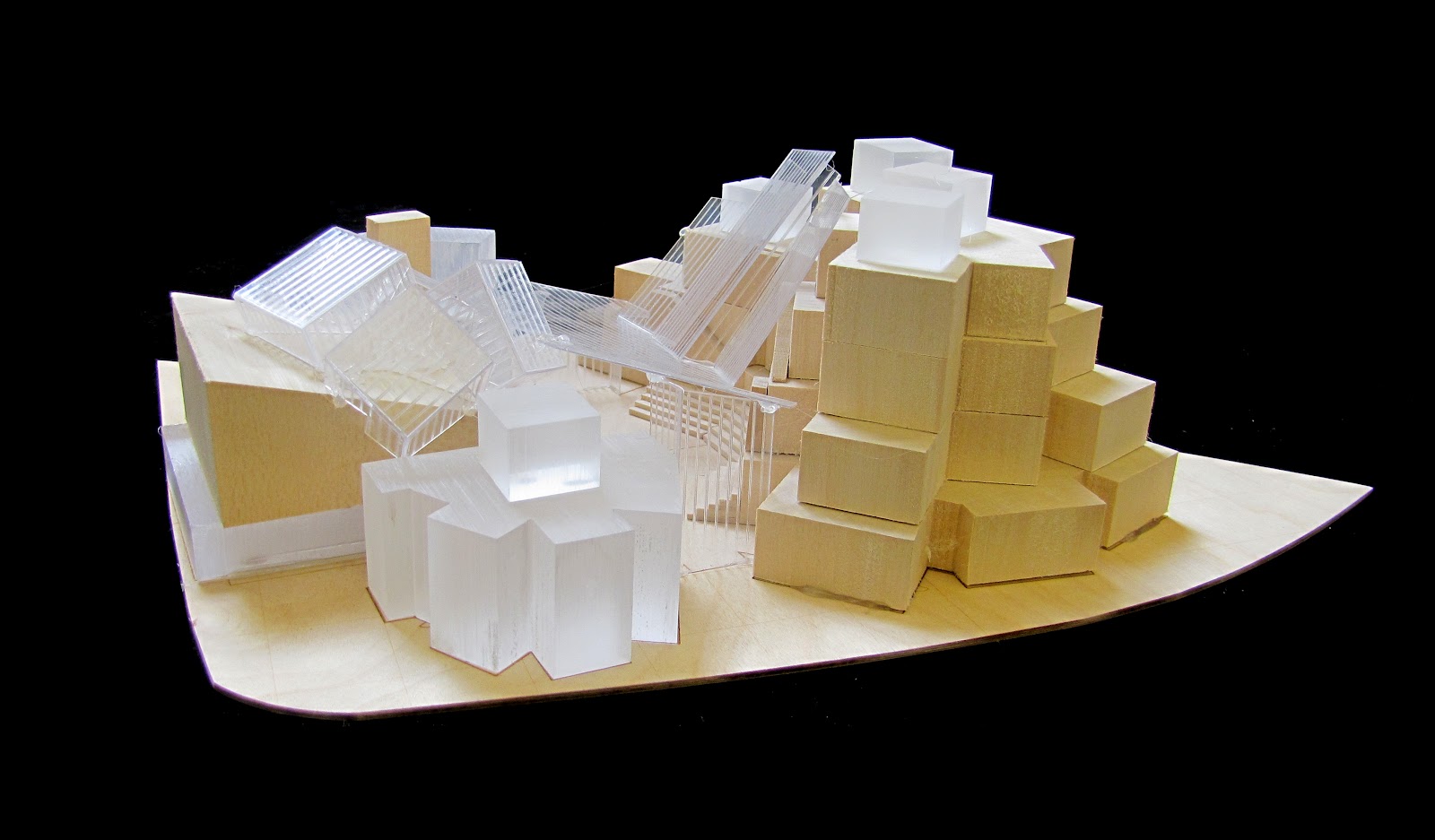 An auction of the works will be held on 9 October, and the
rest will be for sale throughout the month-long exhibition. Whether it is a
financial success or not (and surely it can’t fail to be with the calibre of
works included), the exhibition is a timely reminder of the skill and range of
the members of this honoured Academy.

Courtesy of the artist
and Victoria Miro Gallery

© Jeff Koons, courtesy
of the artist