Review of Billy Childish: Frozen Estuary and Other Paintings of the Divine Ordinary – Part II at Hoxton Arches, Arch 402

Billy Childish:
Frozen Estuary and Other Paintings of the Divine Ordinary – Part II

Billy Childish (born Steven John
Hamper, 1959, in Chatham, Kent) is a longstanding
figure in the art world. His raw, expressionist woodcuts, graphic works, and
paintings have been produced in cycles over the past 35 years, alongside the
publication of five novels, more than forty volumes of poetry, and over 100 full-length
music albums. It is only recently, however, that the anarchic artist has begun
to show up on the radar of more mainstream collectors, something he has, and
continues, to resist with some vehemence. 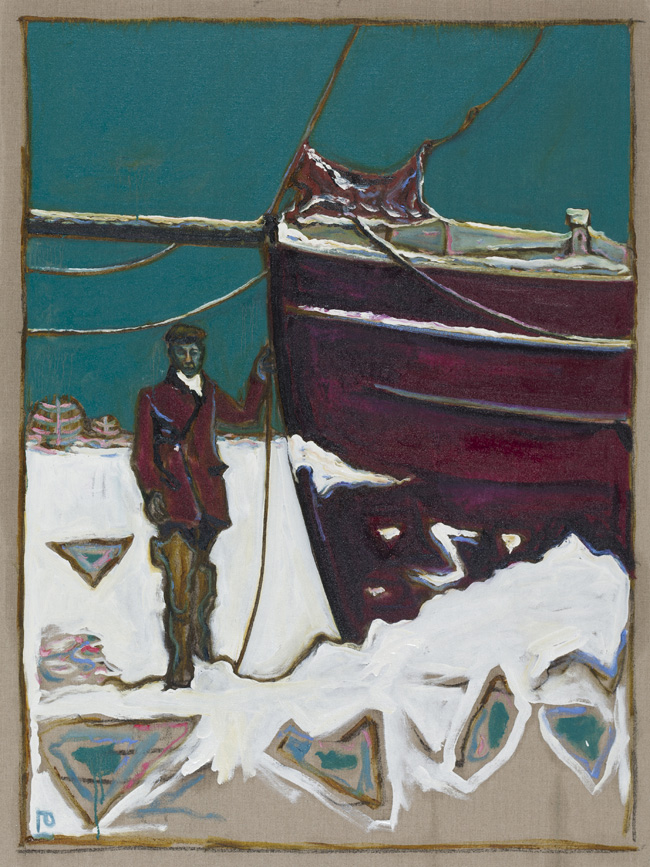 His latest exhibition, Frozen Estuary and Other Paintings of
the Divine Ordinary – Part II, takes him back to his roots, growing up near to,
and working as an apprentice stonemason during his teens at the Royal Naval
Dockyard in Chatham. It features eighteen new works, a mixture of large-scale
oil paintings and smaller watercolours – something fairly new in Childish’s
repertoire, and a response to his success, ensuring that he still has work
available which can be sold at lower prices – created over the past year whilst
he had an artist’s residency at the Dockyard. “The stories I heard as a youngster have remained the most
potent with me,” says Childish. “They are what grips the imagination.” And this
series of work grew out of stories he was told, during his time as an
apprentice, about the big freeze of 1947. When he recently stumbled upon a
photograph of ice-bound ships from a similar big freeze back in the 1890s, his
memories were rekindled, and, after some further research, he found additional photographs
from both winters, from which, adding in elements from his own memories and
imagination, he produced his new works. 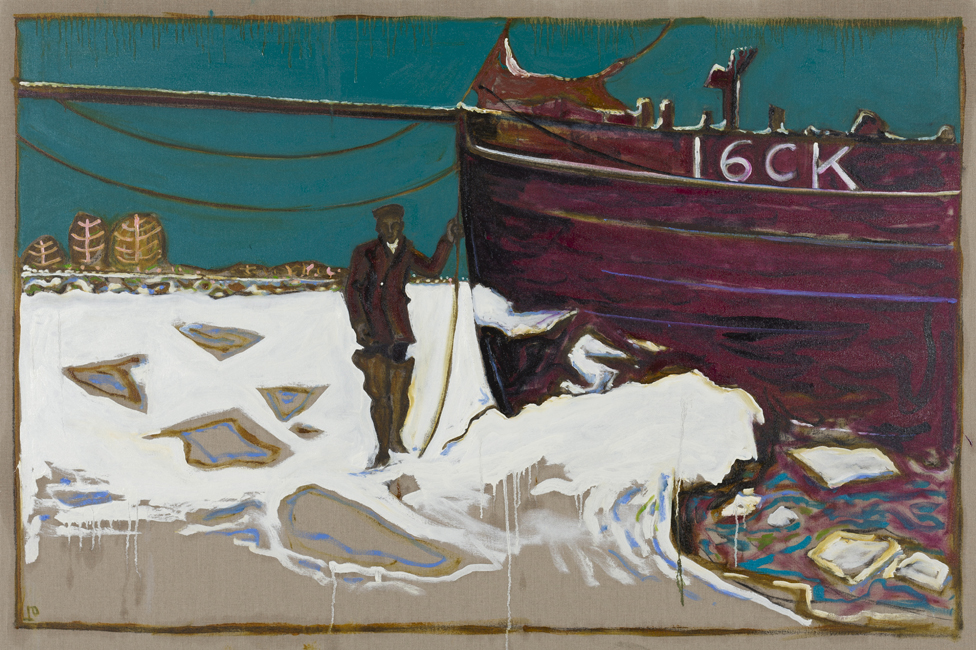 The paintings have an unfinished look to them, with bare
patches of canvas showing through. There is a sense of their having been
painted in haste, perhaps in an attempt to finish them before the scene thawed.
The bare areas are jagged and angular, like sharp juts of ice, and the oil
paint drips and glistens like melting ice crystals. The palette is limited,
with aquamarines, maroons, yellows and browns, offset against a startling white
which reflects every bit as brightly as real snow. The shivers of intense cold
permeate not only the worn and weary dockers, despite their full-length wading boots,
coats with upturned collars, and caps, but the gallery visitors too. 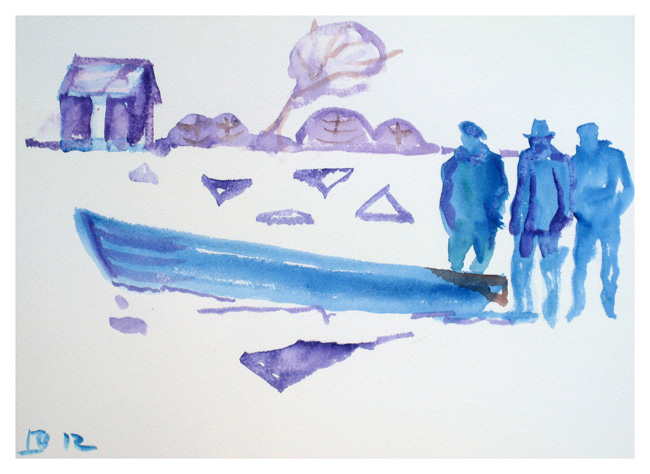 In amongst these large canvases hang smaller watercolour
sketches of the same scenes, bright in their watery blues and purples; clean, crisp
and cold. A couple of almost sentimental images of Childish with his toddler
daughter break up the collection of labour and toil, infusing the series with a
sense of light-hearted childlike enjoyment of the snow, back in the days of innocence
and easy enchantment, as Childish puts it, “knowing less of the boundaries of
the world.” 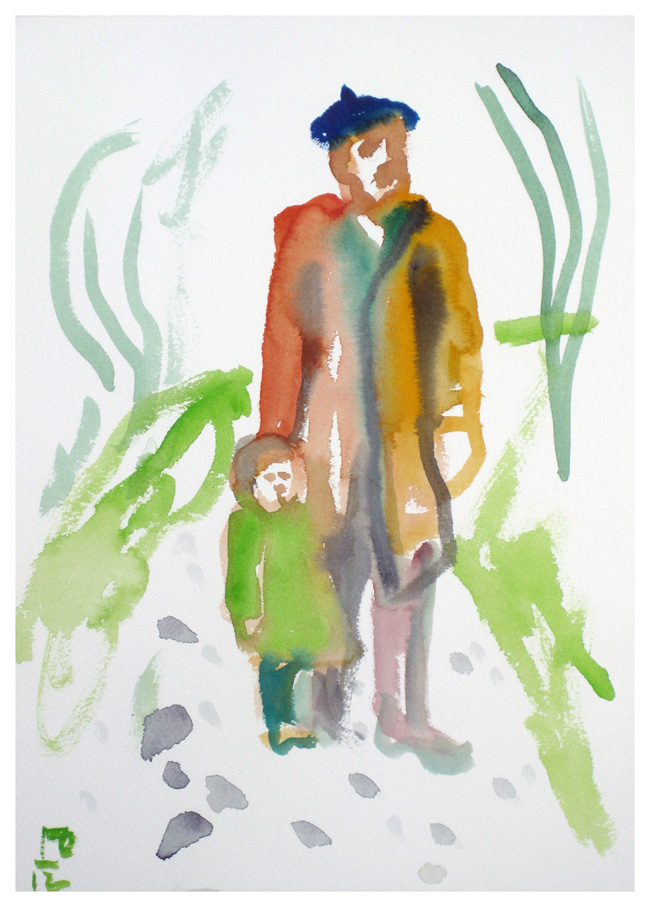 Finally, one immense, larger-than-life portrait canvas
looms, depicting a full-length, naked Childish, drawn in charcoal, with a cross
around his neck. His head is leaning forward in an almost challenging manner,
as if he were exclaiming: “Look at me! I’m here!” And, indeed, he is. Despite
his long time coming, Childish has now hit the art scene big, and, I predict,
is here to stay.

All images courtesy the artist and L-13 Light Industrial Workshop