This year’s summer group show at Flowers brings together the works of 19 international photographers, including three of the gallery’s own (Edward Burtynsky, Nadav Kander, and Robert Polidori), all of whom explore, in one way or another, man’s interventions into his environment. Here, environment is taken quite loosely, and whilst Jason Larkin’s Ascension series (2011), for example, looks at the eponymous island in the South Atlantic Ocean, upon which a forest was planted to encourage rainfall, and Andrea Galvani travels as far as the Arctic Circle to document a scientific experiment upon an iceberg, Simon Roberts’ Protesters occupy Leeds City Council’s annual budget Meeting, 23 February (2011), does just what it says on the tin, representing a chaotic and blurred scene, in a setting where one would otherwise expect civil law and order to be upheld, and Andy Goldsworthy’s Street Dirt – Afternoon, West 57th between 11th and 12th Avenues, New York (2010) takes the land artist’s interventions to an urban space, where his series of 22 black and white prints narrate the creation of a wiggly line of dirt, “drawn” down the centre of the pavement, by a man with a small brush, retreating into the distance. 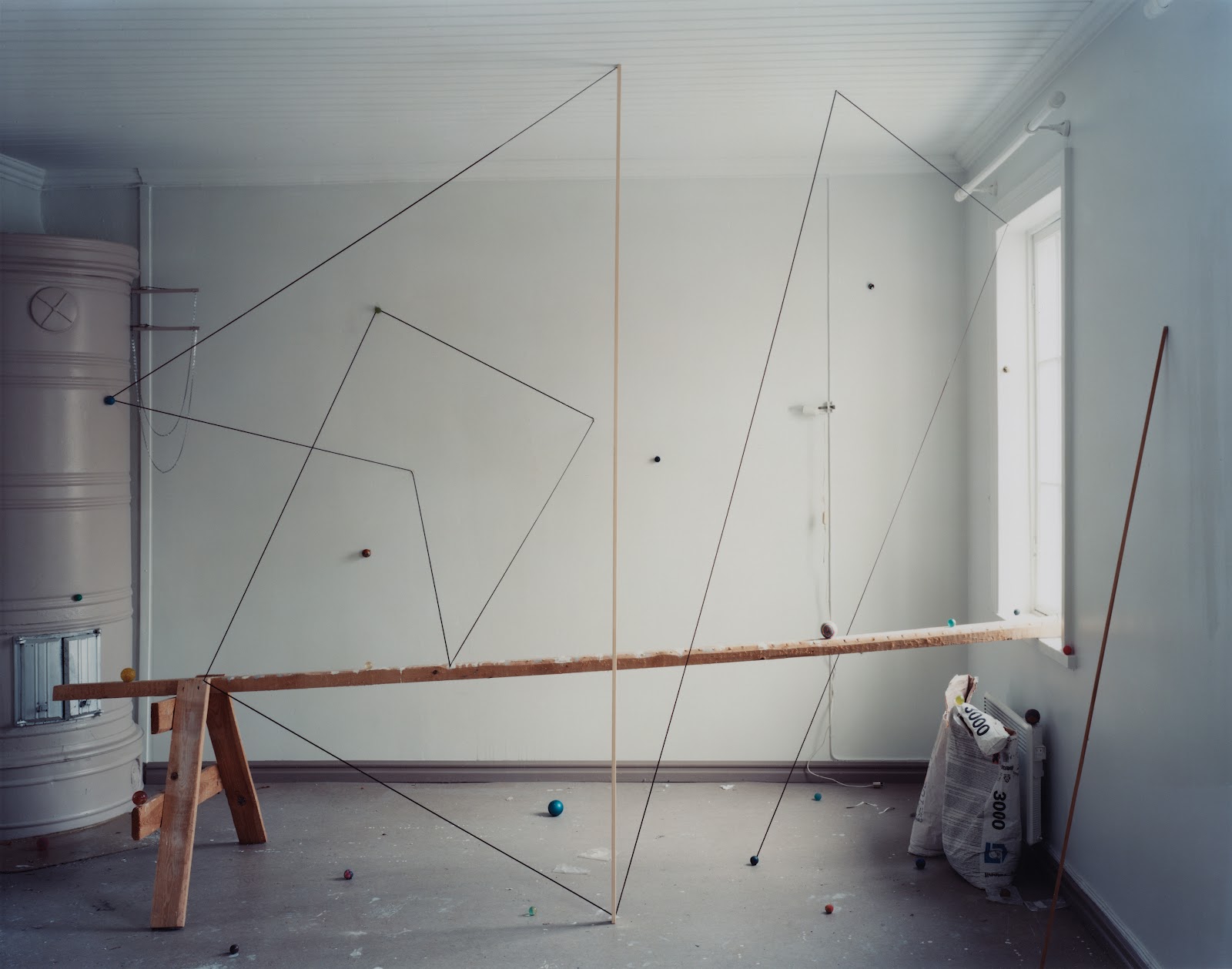