Review of The Fourth Height & Urs Bigler: The Crown at Erarta Gallery

The Fourth Height is a trio of artists, founded in Moscow in 1992 by Katya Kameneva (born 1971), Dina Kim (born 1970), and Gala Smirnskaya (born 1968), and best known for its performance and video works. In their current collaboration for Erarta, a Mayfair gallery which aims to promote Russian art in London, they have worked with Swiss photographer Urs Bigler (born 1981) to produce a series of striking images: political, satirical, and employing their usual visual rhetoric of the feminist movement, but here focusing on the philosophical and geopolitical question of Russia’s uncertain post-Soviet identity and how she might respond to her pivotal position between East and West. This is explored here in various images juxtaposing Russia (modeled by the strong bone-structured Smirnskaya) alongside Asia (the “East”, posed by Kim) and Europe (the “West”, depicted in the guise of our very own Queen, posed by Kameneva). 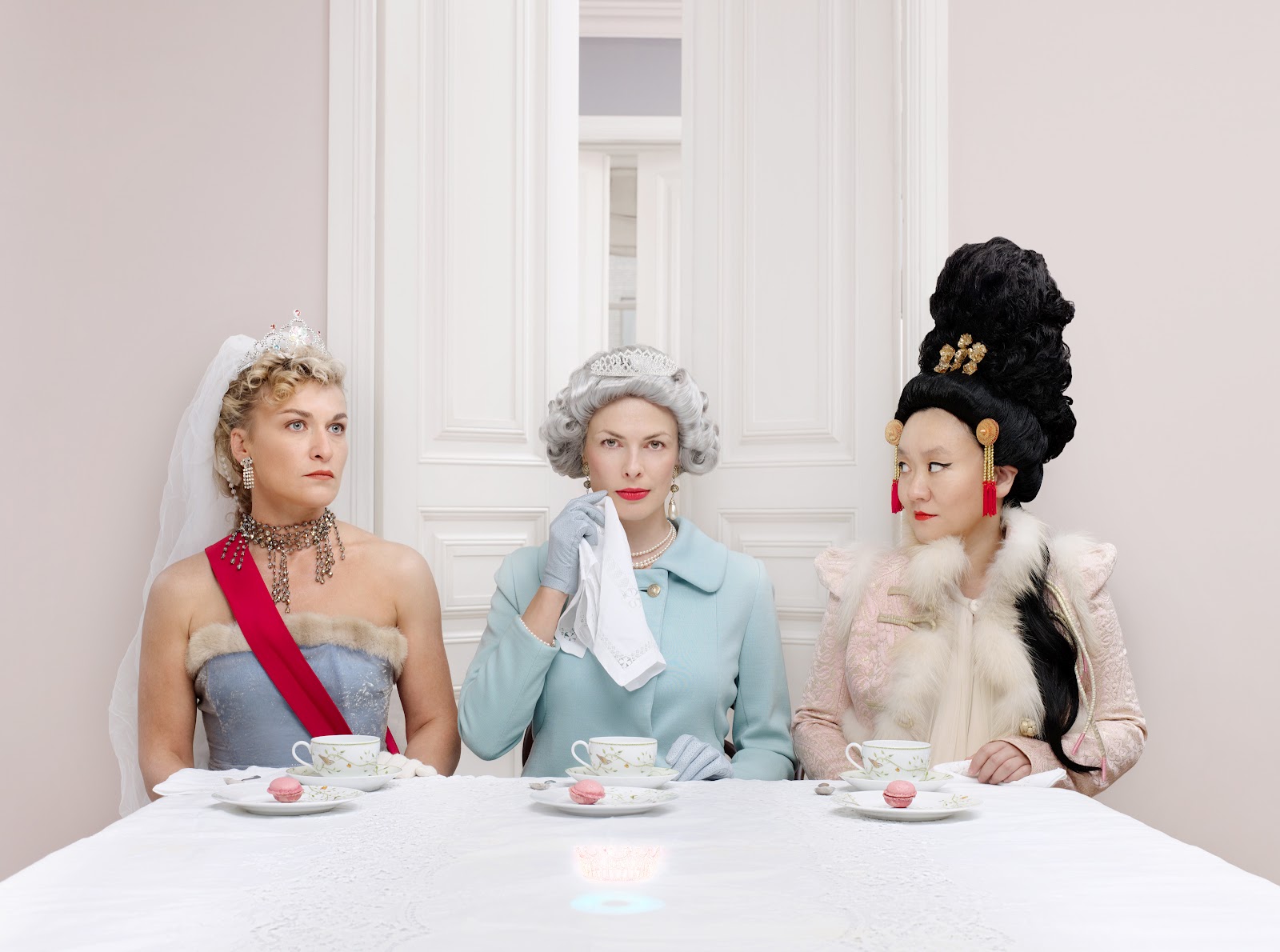 To read the rest of this review, please go to: http://www.photomonitor.co.uk/2012/08/the-fourth-height-urs-bigler-the-crown-2/