Review of Out of the Stable at Xavier White’s, Blackheath

Out of the Stable

With the Olympic equestrian events taking place in Greenwich Park this summer, what better theme for an art exhibition, five minutes down the road from the stables on Blackheath, than, yes, you’ve guessed it, horses? Never one to miss a trick, artist and curator Xavier White accordingly put out a call for equestrian-themed submissions back in March 2012, and the resultant exhibition, Out of the Stable, is on show now in the front room gallery of his spacious Victorian town house in Vanbrugh Park. The show brings together over 30 works by 15 artists and, what is most staggering about it, despite the focused subject, is the variety of media employed. 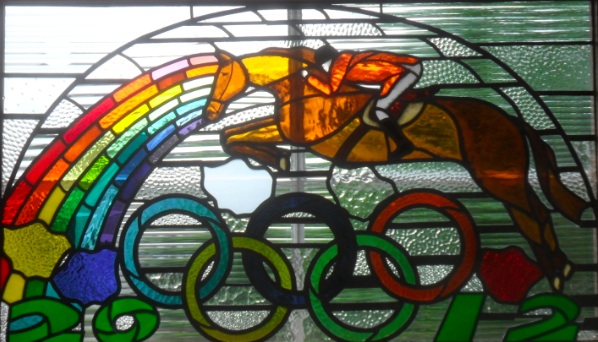 White himself is a glass artist, and, on the back of his own contribution, Jump (2012), a beautiful stained glass window depicting a horse and jockey leaping over the Olympic rings and into a rainbow, and the works which flank this, also windows, by Lesley Marrion-Cole and Delia Scales, Out of the Stable is proud to also be part of the Contemporary Glass Society’s Glass Games 2012, an extravaganza of nationwide glass-based events celebrating the Olympic spirit. 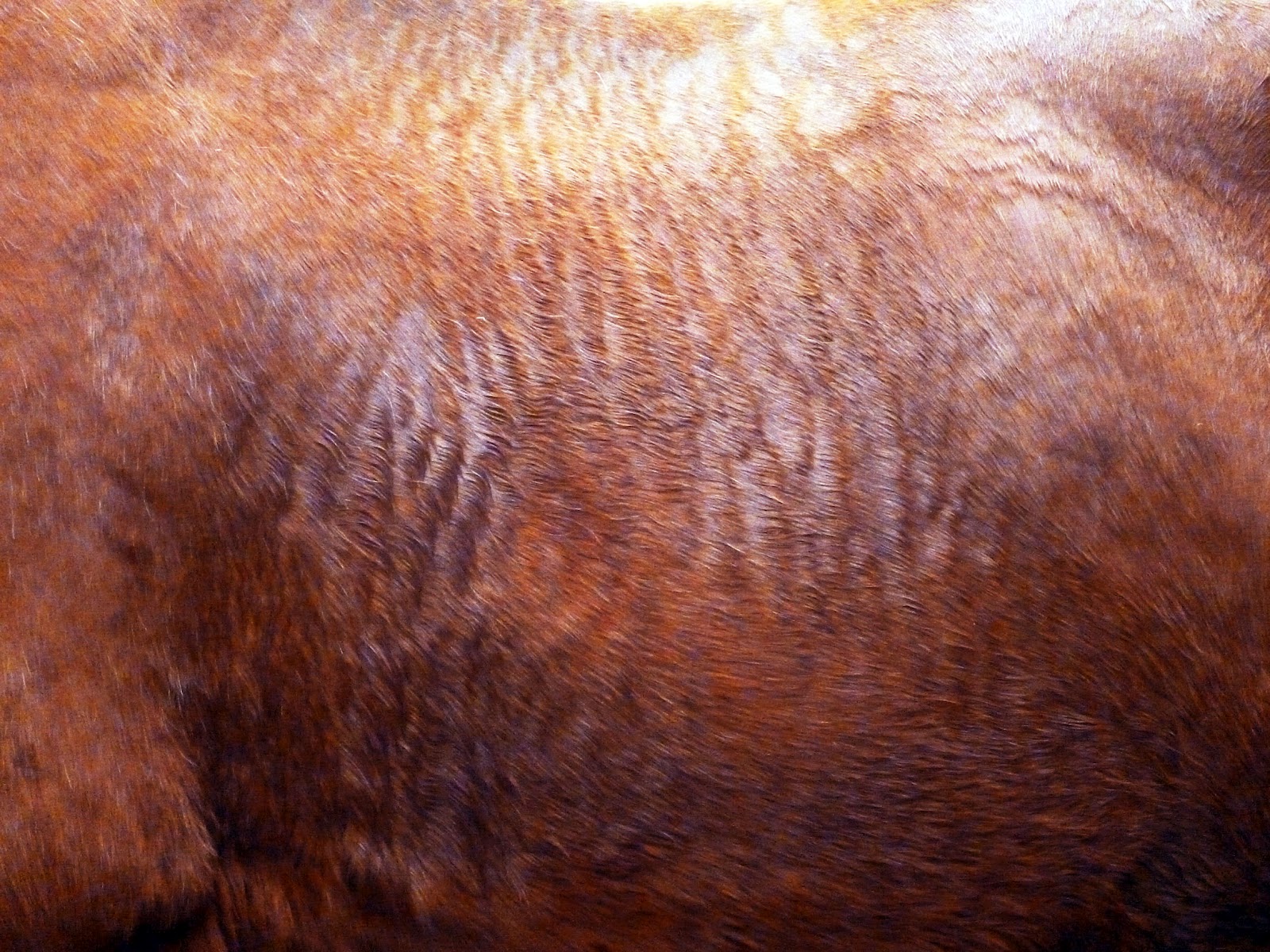 There are several photography works in the exhibition, and these range from Nie William’s soulful black and white portrait Ceffyl (2012), to the conversation-provoking Riding for a Fall (2012) by Coral Howard, a series of six photographs of a Barbie doll jockey falling from her steed, which, interestingly, could be placed in various orders with subtly different interpretations regarding her skill and attachment to her horse, to Kate Kotcheff’s beautifully textured close-up of a horse’s flank, Barrel (2012), taken at the annual Cheapside Fayre. The latter, which out of context might be barely recognisable for what it is, exalts the ripples of skin and hair, and the interplay of light and shadow thereupon, to such a degree that it enjoys an almost painterly quality. 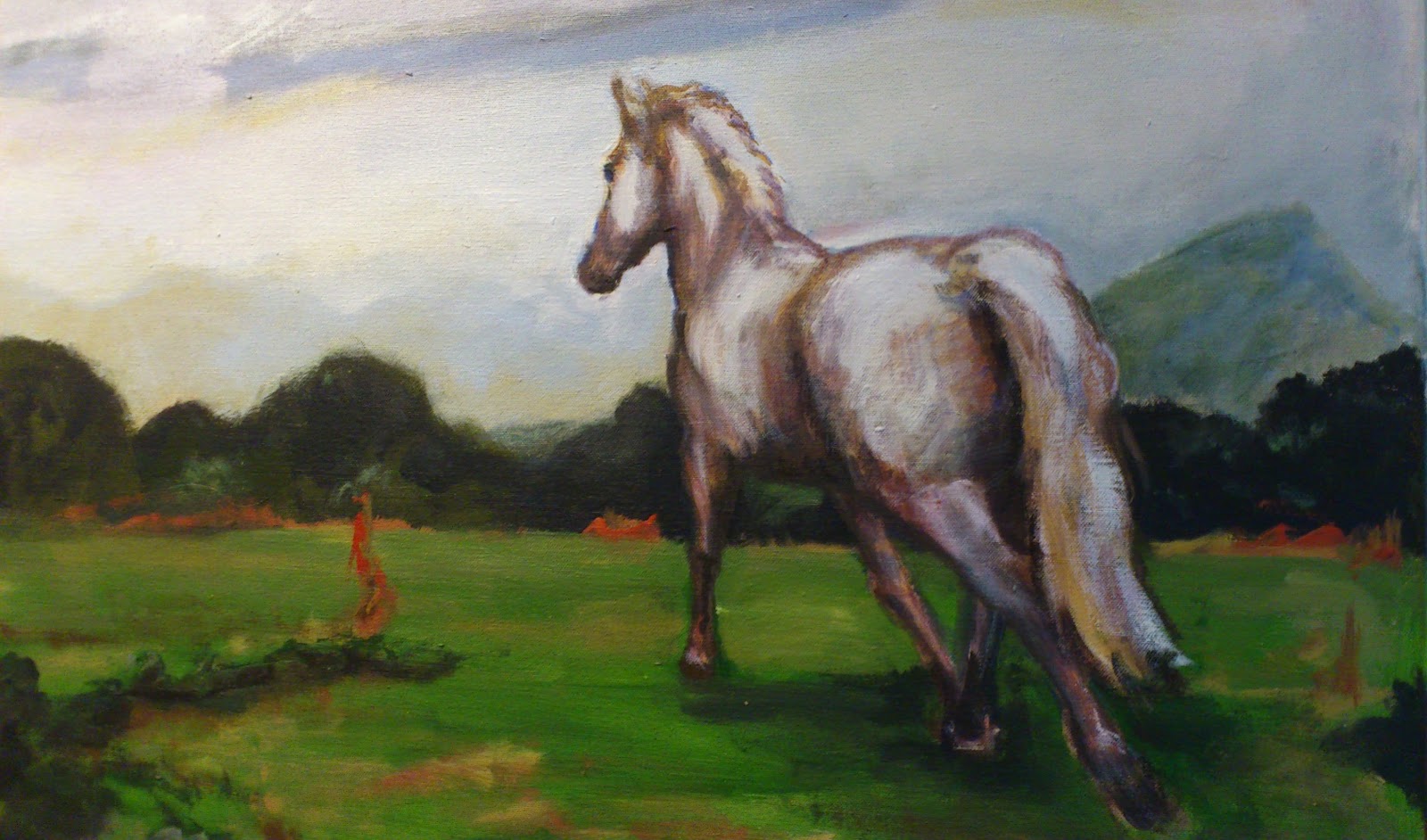 And paintings abound as well, from the wistful Blue (2012), by Bruce Risdon, galloping off into the hills beyond, to the macabre, teeth-baring Study of a Dead Horse (2010) by Gaby Gatacre. 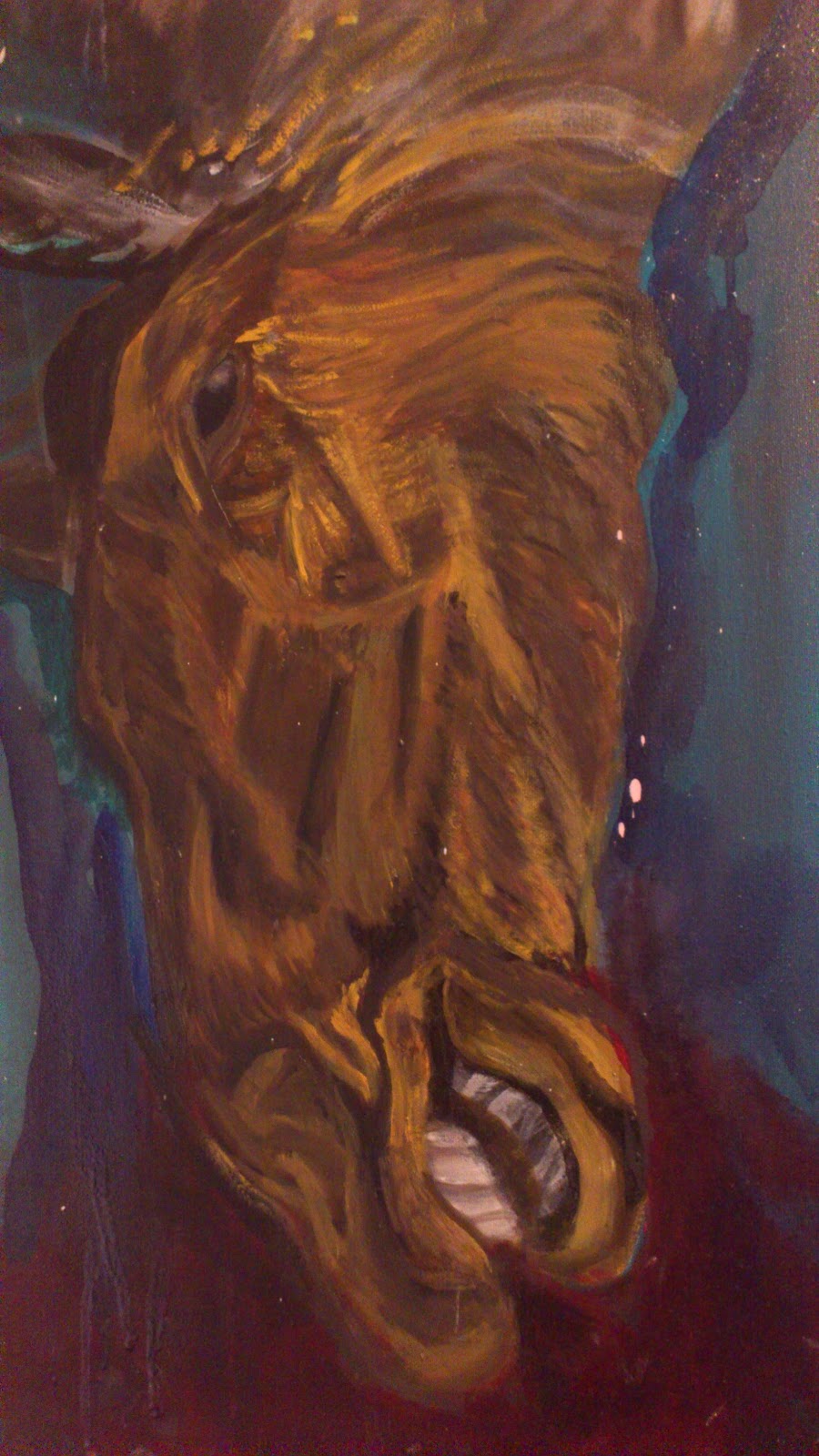 The tone is lightened by Adam Copping’s Thelwellian cartoon, Tally Ho (2012), (which was awarded third place in the prize giving), as well as by overall winner Grazing Mule (2012), by Lisa Slater, an endearing little wooden sculpture, with a log body and brush mane and tail, standing atop a box with handle, which, when turned, causes the mule to, quite literally, raise and lower its head in a grazing gesture. 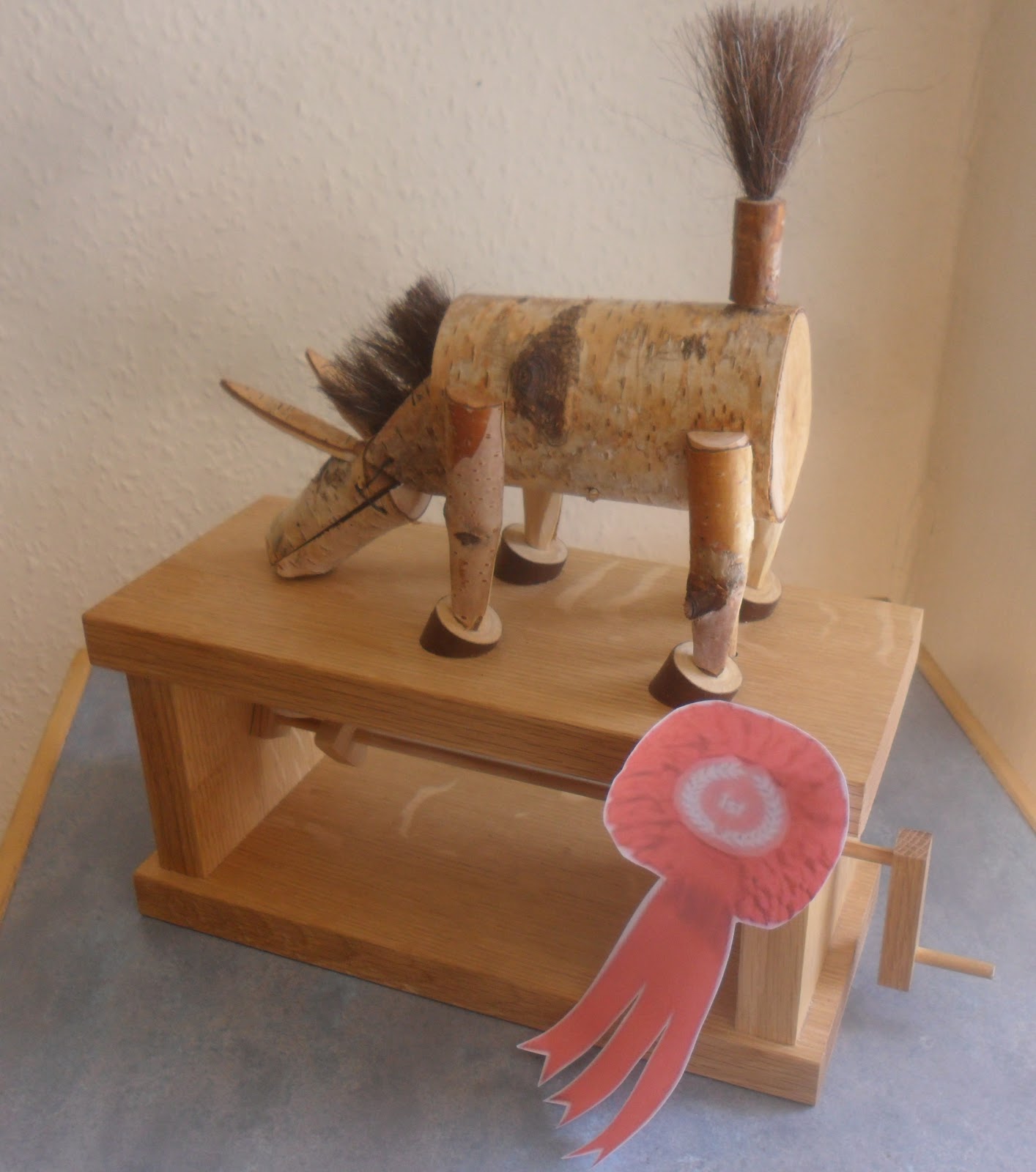 Many more works could be singled out for comment, but the show is so delightful that my best advice would be to trot on down to Blackheath and take a look for yourself.

Study of a Dead Horse

For a similar piece to Grazing Mule in action, see: http://www.youtube.com/watch?v=gXJvzrgRAa4&feature=relmfu