Review of Metamorphosis: Titian 2012 at the National Gallery

As its contribution to the Cultural Olympiad, the National Gallery has undertaken a ground-breaking collaboration, their first with the Royal Opera House, bringing together three contemporary visual artists (Chris Ofili, Conrad Shawcross and Mark Wallinger), seven choreographers, three composers, a librettist, and various poets, all responding to three paintings by Titian (ca. 1490 – 1576), now proudly secured for the nation (two in conjunction with Scottish National Gallery). These three pictures, painted for the Spanish king Phillip II in the late 16th century, take as their subject Roman poet Ovid’s Metamorphoses, and depict the scenes from it where Callisto, one of Diana’s nymphs, is banished for having fallen pregnant (Diana and Callisto, 1556-59), the moment at which the naïve hunter Actaeon stumbles in upon the nymphs bathing (Diana and Actaeon, 1556-59), and the ensuing act of revenge whereby Diana turns Actaeon into a stag, who is then devoured by his own hounds (The Death of Actaeon, 1559-75). The subjects were chosen by Titian himself and considered so erotic and sensual at the time that they were hung in a room intended for men only, and covered whenever a lady should enter. This, of course, echoes the notions of trespass, revealing and concealing, intrinsic to the works themselves. The final painting depicting the death scene never actually made it to the court of Phillip II, and the three paintings, therefore, have not been hung together since their time in Titian’s studio. 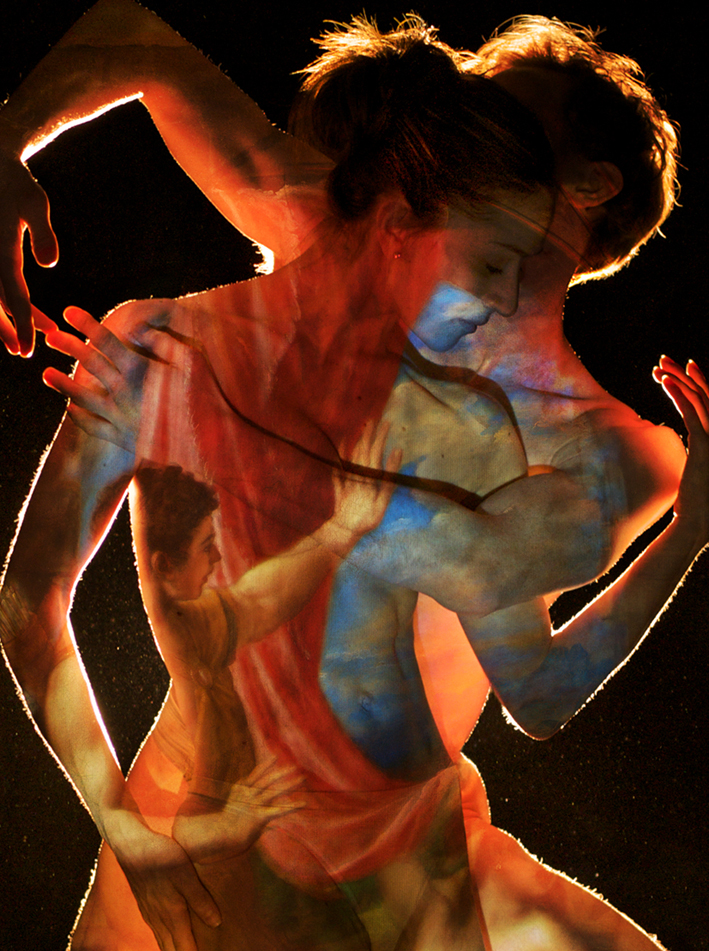