I defy you not to crack a smile or chuckle to yourself if you go to see the current exhibition, Strange Hungers, by Sadie Hennessy, at WW Gallery. Greeted by a plethora of phalluses – a series of placemats depicting volcanic eruptions (Place Mat (i-iii), 2012); a child’s rocking horse-cum-unicorn (no prizes for guessing the embellishments around the horn) (Happily Ever After, 2012); a phrenology-cum-pornology head, again regally bedecked with protrusion (Unicorn, 2012); and a set of nine lighthouse postcards, with, of course, penises of varying shapes and sizes in place of the respective landmarks (Totem, 2012)– there is something very Chapman brothers-esque about the tone. A seemingly unrelated but humorous piece, Spoons (2012), consists of a velvet-lined case containing a set of seven teaspoons, one of Henry VIII, and one of each of his wives, with the heads of Anne Boleyn and Catherine Howard snapped off. 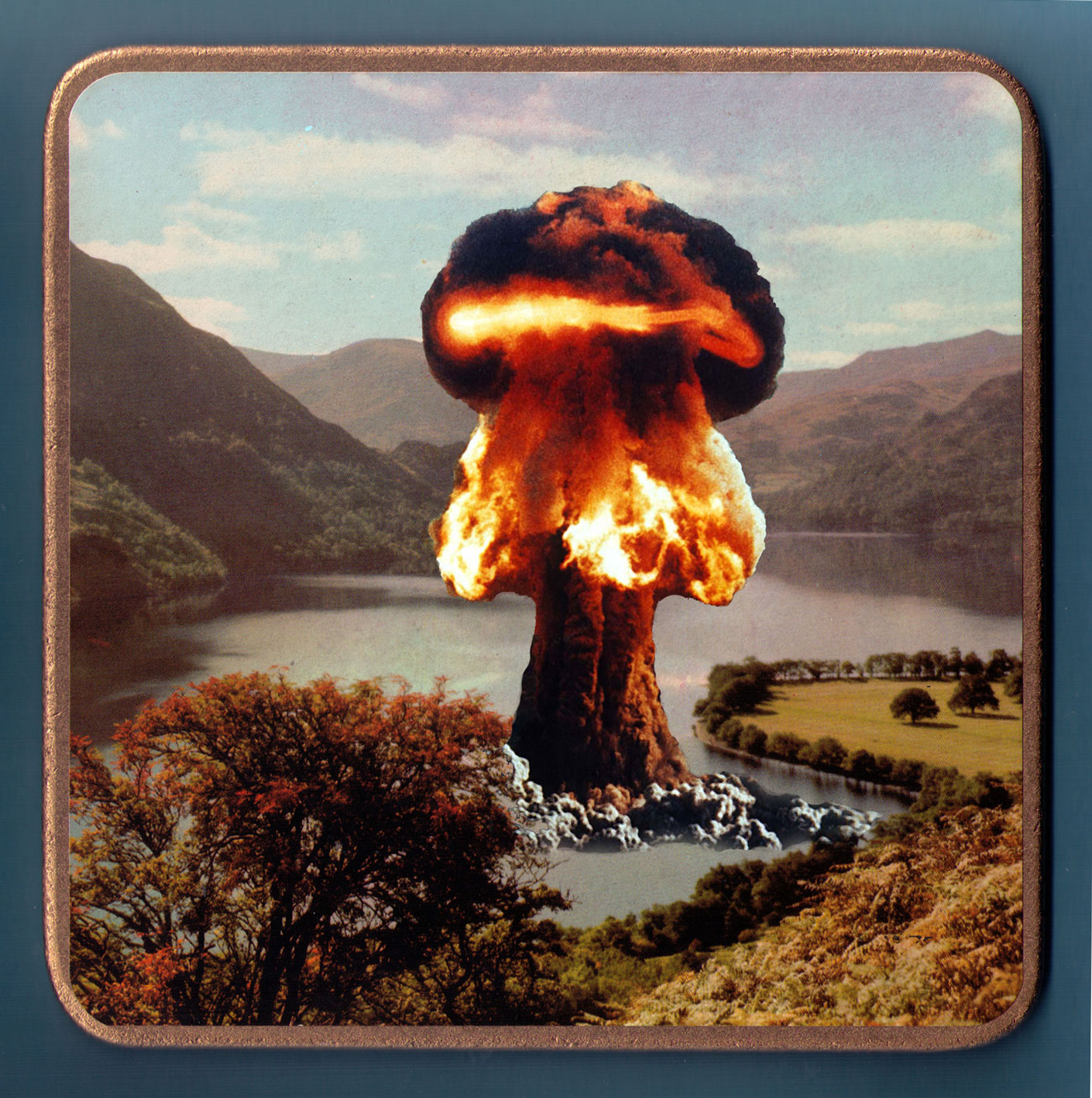 Nonetheless, it might not all be quite as light-hearted as it at first seems. Little Darlings (2012), for example, a matchbox filled with nametags for various dictators, seems to question the nature of evil: is it innate or learned, are we all born innocent and as blank slates, and are we all equal if dressed the same in school uniform?

It is an elaboration on this theme – what is visible on the surface, and what is the reality underneath – which is the overarching theme of the exhibition. For Peter (2012), for example, is a poignant image comprising two superficially identical portrait photographs of a young woman, one with her dress coloured white, one with it black, with the latter also marked by an inky drip, or tear, from her eye. The words “some days whole minutes pass without thinking about you” are superimposed, and suggest, perhaps, the hatred which might grow within a loveless (and, to extrapolate from the photos, possibly arranged) marriage. 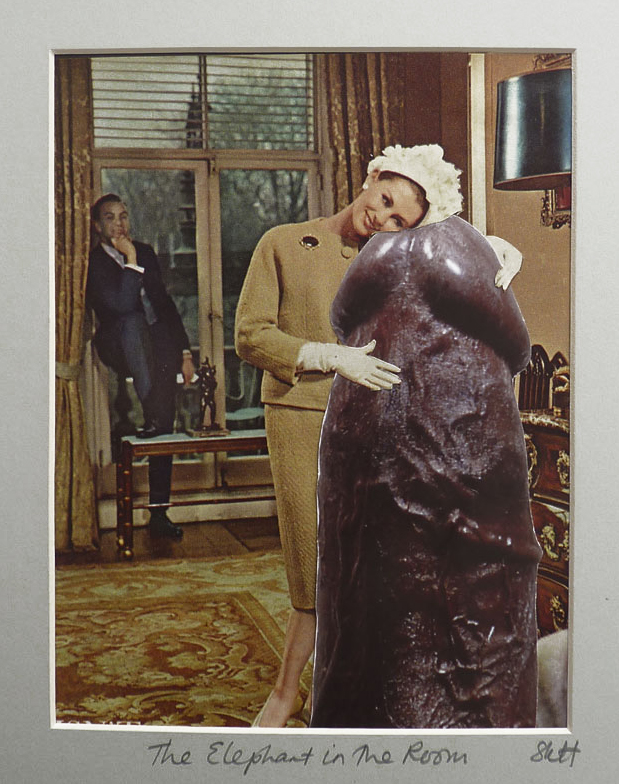 Even within the bounds of a potentially “happy” marriage, things are not always necessarily as they seem.  Elephant in the Room (2011) is a farcical collage of a 1950s housewife, dressed in suit and white gloves and hat, caressing a larger-than-life black penis in her drawing room, with a man, presumably her husband, standing proudly, chin on hand, elbow on knee, by the window in the background. As the press release suggests, “taking a playful look at the slippage between repression and expression, decorum and disarray, the exhibition is a wry celebration of female empowerment.” 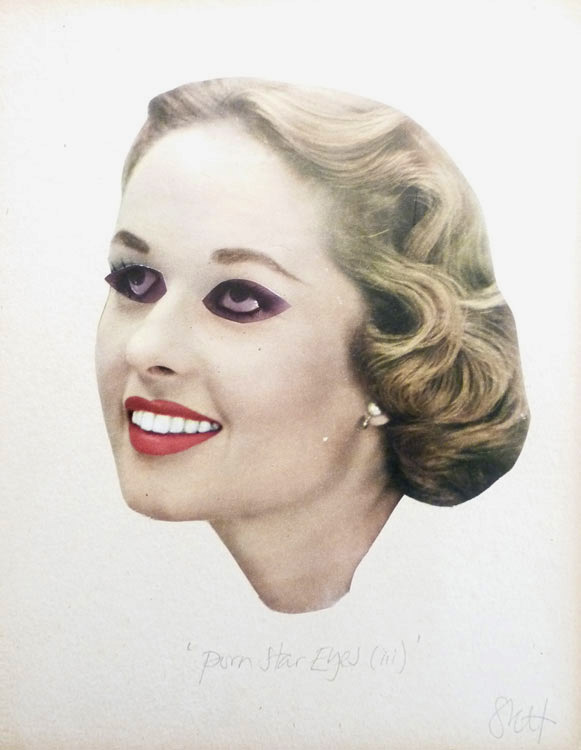 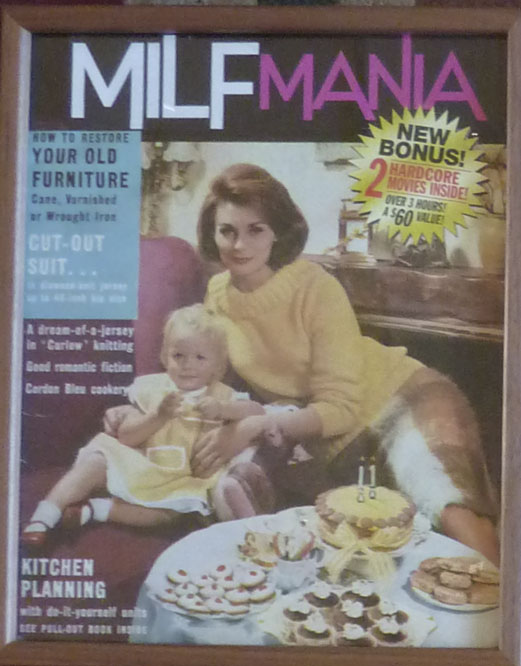 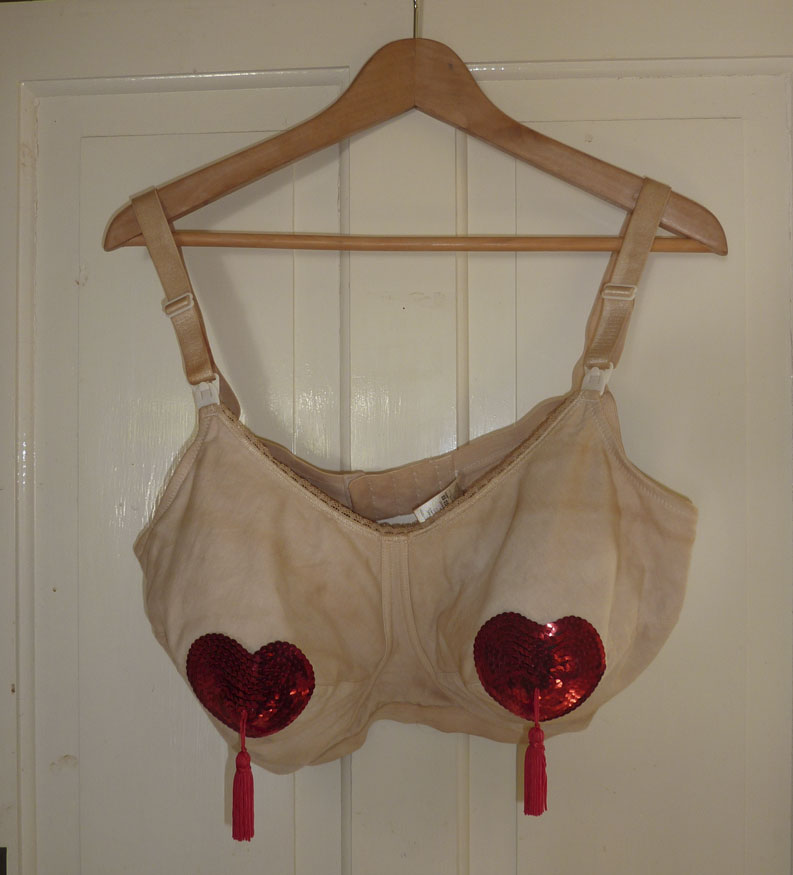 For me, the main message of this show is not to judge on outward appearance. As Mother Love (2011) further reinforces, with its size 42F, stained, off cream, cotton bra, hanging from a wooden hanger, and adorned with red sequin heart-shaped nipple tassels, no one and nothing is ever quite as it seems.

Elephant in the Room