Book review of love is… by EJ Major

love is… by EJ Major

Love. Both one of the simplest and yet most complex emotions that exists. Necessary, elusive, all-consuming, painful, joyful, enigmatic. Can anyone explain or define this confounding human state? With suggested synonyms ranging from the lustful “passion”, through the loyal “devotion”, to the somewhat more moderate “affection”, “attachment” and “fondness”, dictionary definitions flounder in their attempts to capture a term used variously to describe a bond based on kinship, sexual desire, or admiration; an assurance thereof; the object thereof; the action thereof; the godly personification thereof, and beyond. Is it any wonder then, that, in 2004, artist EJ Major found herself struggling with the subject to such a degree that she decided to begin a mail art project whereby she would seek out the responses of randomly selected members of the public in an attempt to glean some insight into this universal phenomenon? 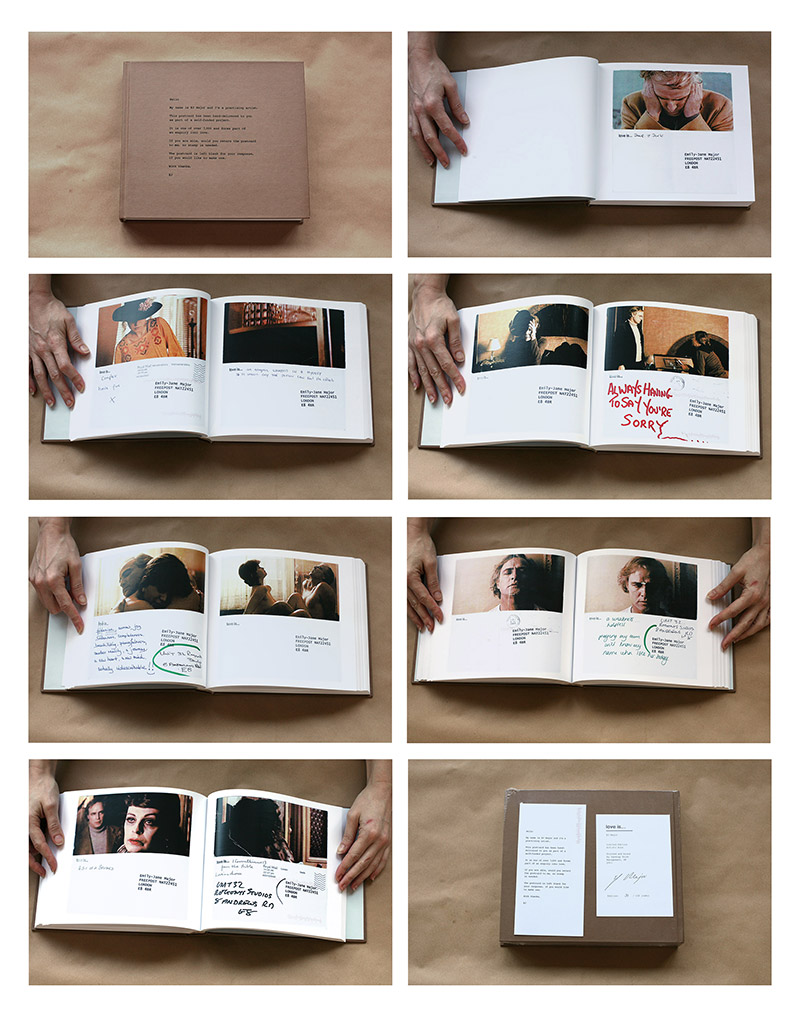