In 1920, American psychologist John B. Watson carried out an experiment on a 9-month-old baby, known only as Little Albert, investigating the phenomena of stimulus-response and human conditioning. Initially unafraid, and happy to watch and play with a white rat, the infant was then exposed to loud noises whenever he saw the creature, and subsequently began to fear not only the rat itself, but also various other furry objects. In Phil Illingworth’s exhibition, which takes its name from this notorious experiment, and which marks the opening of WW Gallery’s new space in Hatton Garden, deep in London’s jewel district, visitors are confronted with a number of peculiar artworks, which could themselves be objects from a modern day social behavioural experiment. The works, Illingworth claims, are about painting, yet there is one solitary example of paint on canvas (Block, 2012), with the rest of the show exploring painting in 3D, and employing a variety of tactile materials in bright colours and unusual combinations, testing the audience’s response both to the works themselves, and, of course, also to the new gallery location. 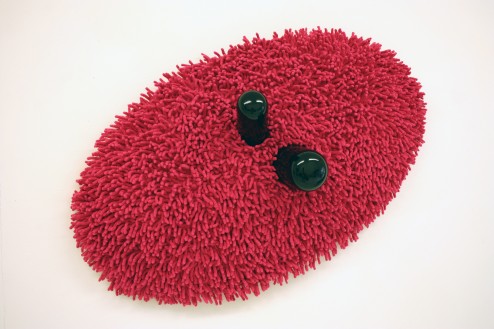 Echoes abound of experimental artists from the past, including Barry Flanagan (with the arte povera elements of his early works, consisting of material bundles and ropes) and art informel protagonist Alberto Burri (see here Caput mortuum, 2012, a large hanging sheet, covered in cracked white acrylic paint, redolent of Burri’s Cretto series). Certain elements and shapes recur from one work to the next, as if conditioning the visitor as he proceeds through the show. So, for example, the single striped “straw”, projecting from the wall in The Martyrdom of St Agatha (2011), multiplies to a family in Fe fi fo fum (2011), and the artificial grass, coloured a threatening black like fresh tarmac in A pause in the segue (2012), reappears in a small circular section of Speciality Act (2012), a folding egg-shaped work, closing the clockwise trail around the exhibition. 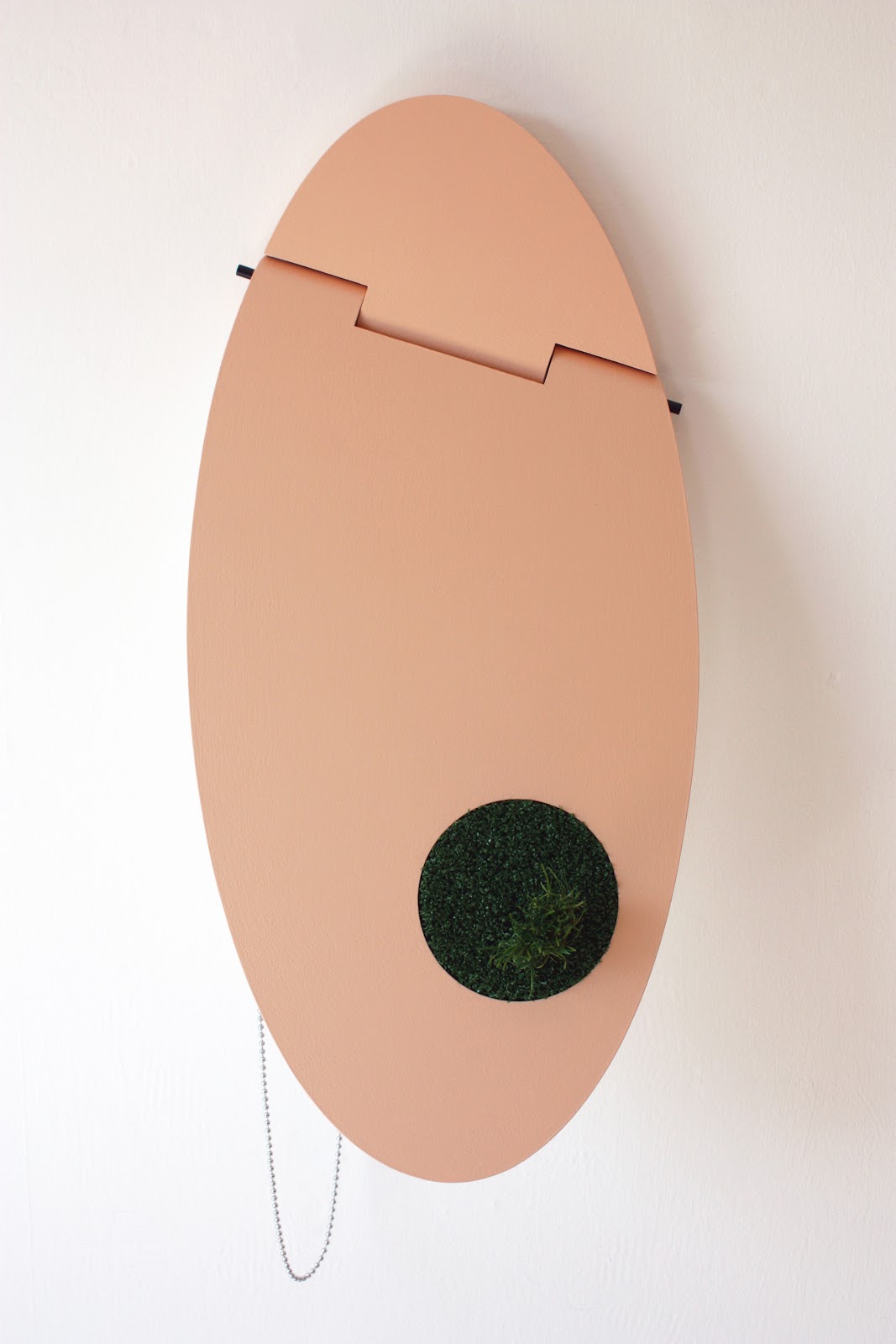 Perhaps the most scientific works on show are the eponymous Frightening Albert (2011) and Gadzooks (2012), both of which contain nylon monofilaments, curling vaguely upwards, but with the suggestion that they might respond to touch, like the strands on a static lamp. Nigel’s Edges (2012) and Convergence (2012) similarly incorporate wires and strings respectively, with the latter relating to the three wires in a plug, the longest “earth” wire coloured brown. 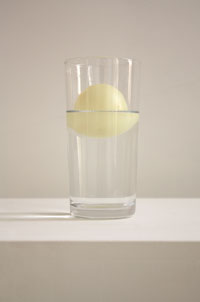 The two-room, L-shaped gallery, resplendent in its whiteness, could indeed be mistaken for a lab, and it would be no great leap to imagine oneself shut in there alone, left to play with the objects on display, perhaps subject to video observation from afar, as part of some social experiment. Like a hamster in a cage with a new wheel, how do we react? Do we follow the prescribed trail? Do we linger at certain works remembering something we have seen before? Do we reach out to touch, or flinch and move on? And, as we emerge at the end of the test, what is our judgment? Is the glass of water in Cara Mia (2011) half full or half empty? Well, if this exhibition is a taste of things to come, the WW glass is certainly at least half full, for this is a very successful and promising launch to their new gallery space.