Review of the Crisis Commission at Somerset House

“Bleak, dark, and piercing cold, it was a night for the well-housed and fed to draw round the bright fire, and thank God they were at home; and for the homeless starving wretch to lay him down and die.” (Charles Dickens, Oliver Twist)

As poignant now as in Dickensian times, this citation is wrapped around the astronomical globe, placed in lieu of a head, on Yinka Shonibare’s Homeless Man (2012), a life-sized model of a man bent double under the weight of 11 suitcases, precariously balanced, on his back. Carrying the burdens of his past life on his shoulders, this sculpture is one of 14 works of art by prominent artists (all but one of which were created specifically for this commission), in a new exhibition on show in the East Wing Galleries of Somerset House, in collaboration with Crisis, a national charity for single homeless people. Alongside these donated works, five pieces by artists who are themselves homeless or vulnerably housed are also on display. These bear testament to the benefits of Crisis, which, as well as formal learning opportunities providing a route back to paid employment, also offers a wide range of art activities, in the form of practical and creative workshops, for homeless people across the UK. 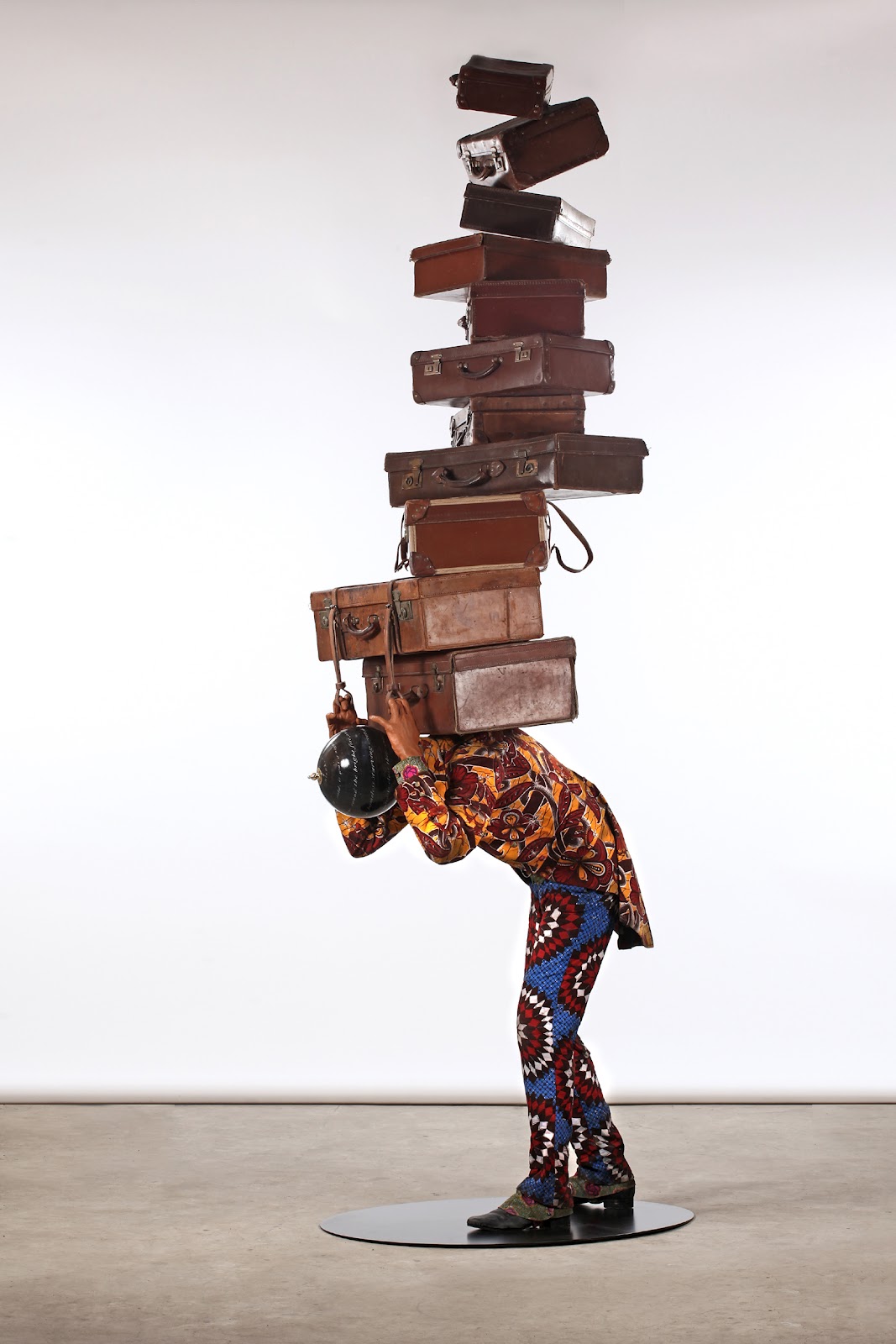 To read the rest of this review, please go to: http://blog.darlingcollective.com/?p=426