Review of The Seen and the Unseen: paintings by Marguerite Horner and The Near and the Elsewhere: group show curated by Gaia Persico at PM Gallery and House

The Seen and the Unseen: paintings by Marguerite Horner

The Near and the Elsewhere: group show curated by Gaia Persico

PM Gallery, a 1940s annex to Sir John Soane’s grade I listed Pitzhanger Manor House of 1800, has been described as West London’s premier contemporary arts venue, and, to its credit, it is currently hosting two exhibitions, very different in style, yet related in theme, which certainly make the trip out to Ealing worthwhile. 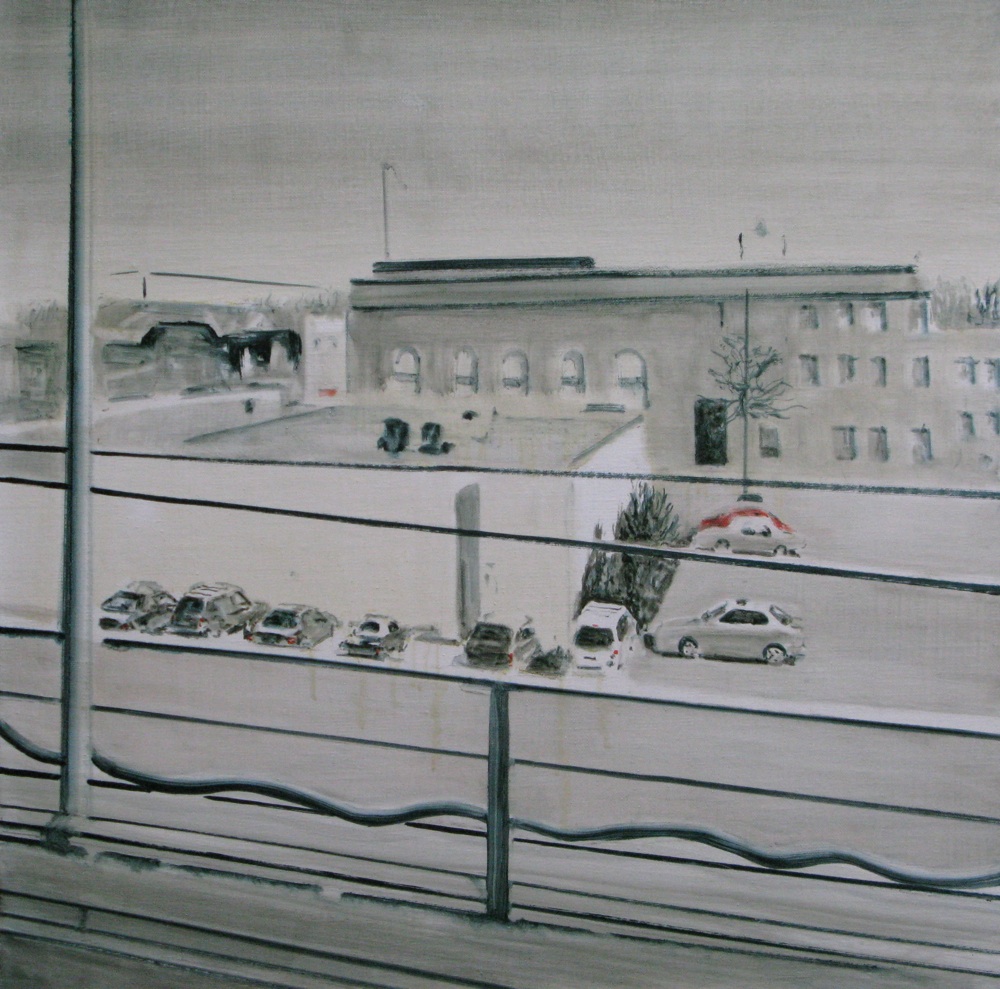 Marguerite Horner’s solo show, The Seen and the Unseen, comprises a collection of her recognisably haunting grisaille street scenes, largely inspired by her recent experiences of small town America. The grey skies, streets, and parking lots, devoid of populace, are bisected by bright white road markings, lamp posts, trees, and telegraph wires, and the heavy monotone is further broken at more random points by the insertion of a solitary red car, or, in the case of Vanitas (2010), a woman with bright red lips. 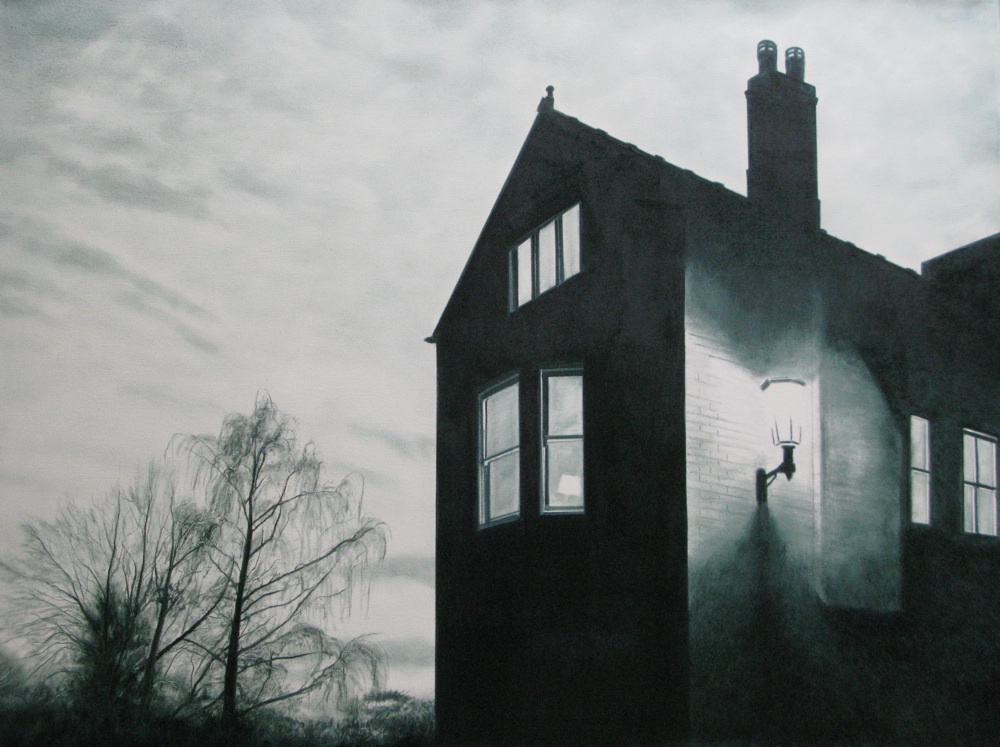 One wall is dominated by three larger works from 2007, Immutable Light, Ineffably Perceived, and Walled in by Feelings. These are blacker than the rest, with a more yellowish glow to the grey. They depict the dark exterior walls of houses, spooky and foreboding, lit by moonlight piercing through the clouds. Whilst, again, no inhabitants are visible, lights nevertheless burn brightly indoors, echoic, perhaps, of Hitchcock’s Bates’ mansion, or, in the case of Ineffably Perceived, where we look down also over the distant lights of a town and see the house as that of a recluse, set apart, high on a hill, something more akin to the bizarre residence of Dr Frank-N-Furter in The Rocky Horror Picture Show. 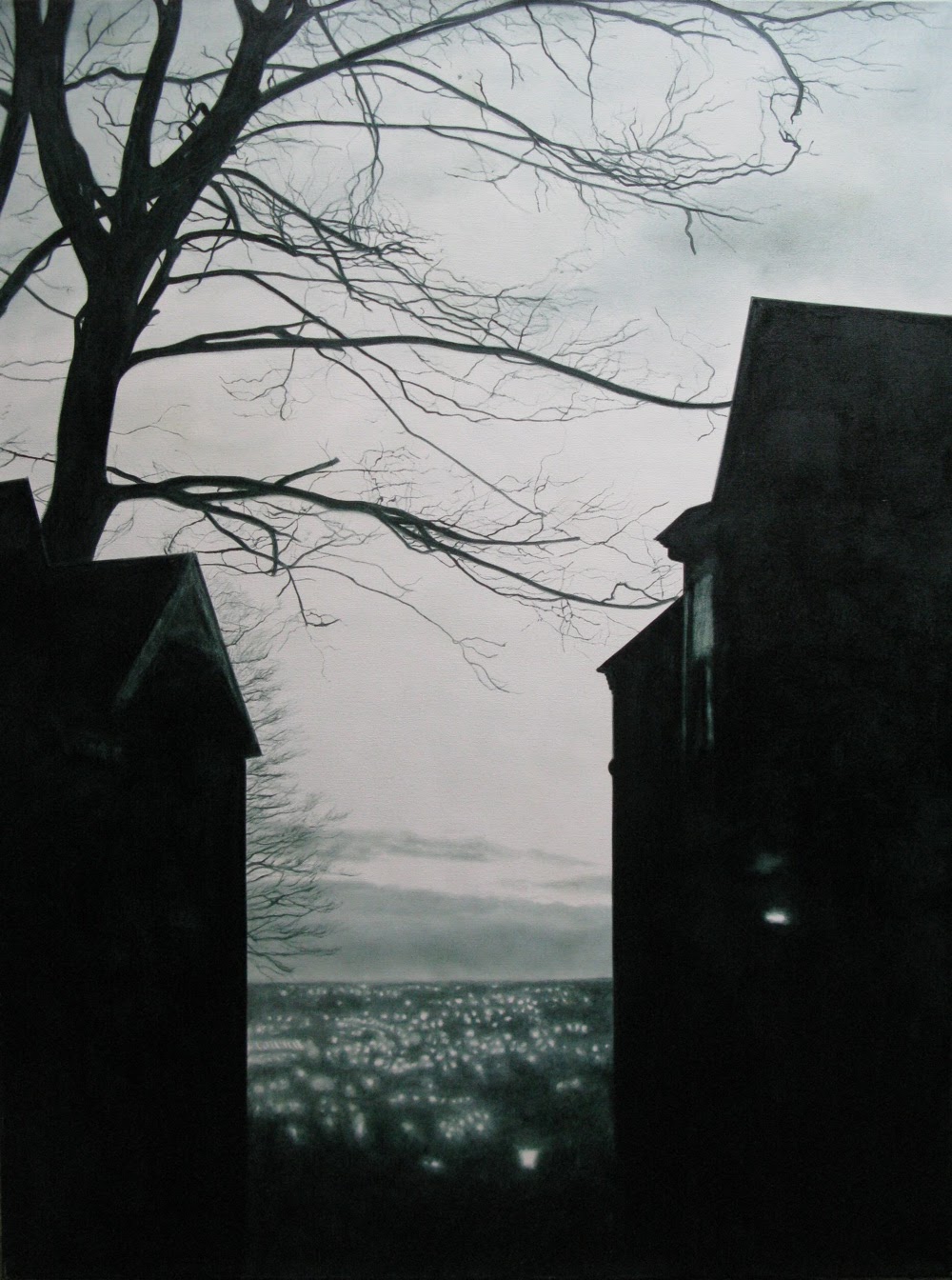 The Adolescent, Help, and Swept Away (all 2011) trial a new effect, reminiscent of Gerhard Richter’s squeegee works, rendering the images blurred, as if we were moving past at high speed. Are we to imagine ourselves in one of the many cars (a recurring motif in Horner’s scenes), is it just the wind in the trees, or is it perhaps all merely the nebulous scenery of a dream? If so, is this dream a nightmare? Ought one to feel threatened? Certainly the emptiness hangs heavy, and there is something uncanny and unsettling about the desolation – a definite sense of unease. But what is actually more oppressive: this fearful emptiness, loneliness, and barren space, or an overcrowded city, heaving with modern life? Horner herself says that she uses her painting precisely so as to access a space for contemplation away from the fast pace of modern life. There is certainly a sense of somehow being outside of the scene, looking down upon it, reinforced by titles such as The Guardian (2011) – but who is it that is watching, and over what or whom? Like a plague-swept empty world, a stage set with all the features of habitation but lacking the actors to fill the roles, the cars seem to take the place of living, breathing creatures, representing the transience, not only of life, but also of time and space – do we ever really inhabit somewhere, or are we bound to always only be passing through? 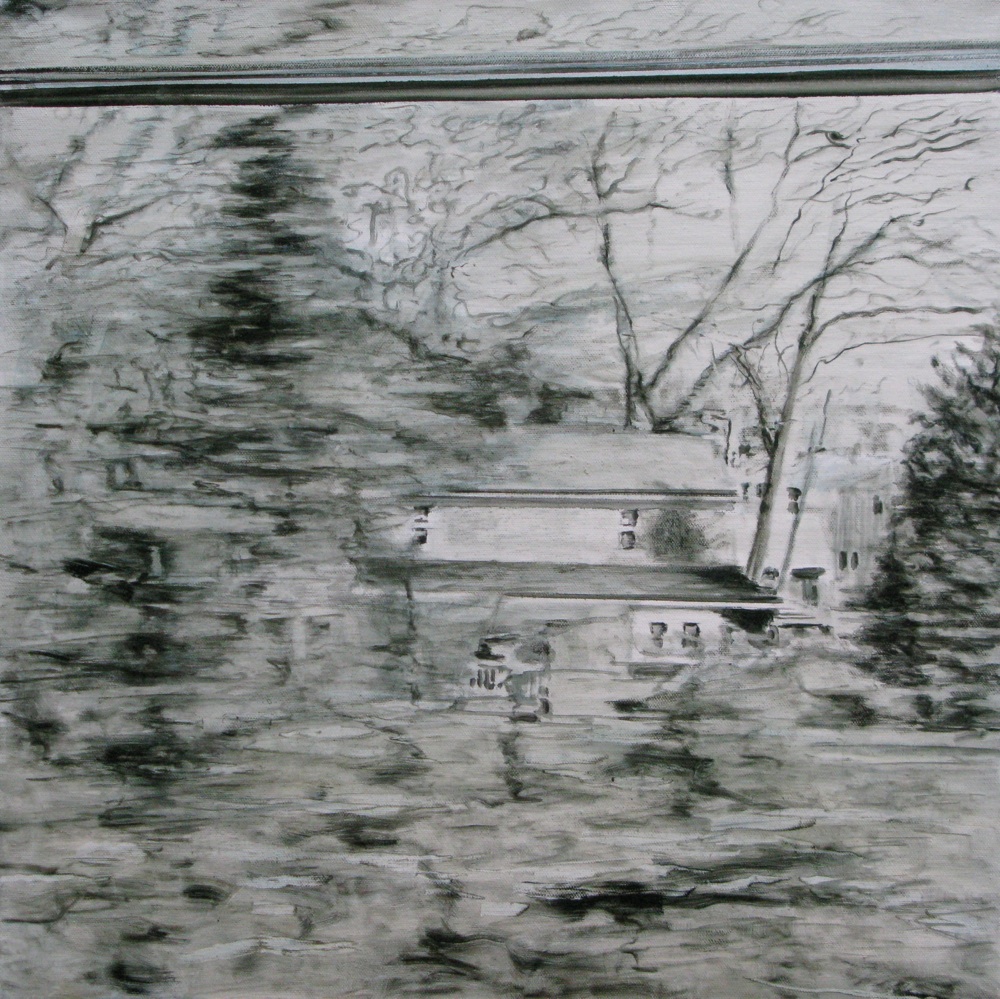 The second exhibition, The Near and the Elsewhere, a group show curated by Gaia Persico and bringing together works by 15 international artists, follows this thread still further, considering the impermanence of architectural structures themselves. With paintings, photography, sketches and films depicting buildings both elegant and derelict, overcrowded and empty, purpose-built and basking in their full designer glory, the visitor takes a stroll through a wide-range of contemporary metropolises, experiencing the full life cycle of the inhabitable structure. Greg Girard’s House on Huashan Lu, North View, Lane 322, Huashan Lu (2005) for example, focuses on a derelict building, falling apart and its windows boarded up, but with light still burning from within, juxtaposed against brightly lit tower blocks in the dark night sky beyond. Ferit Kuyas’ Construction Site (2005), on the other hand, whilst, upon first glance also appearing to be a scene of destruction, is actually one of the birth of a new habitation, taken from his series City of Ambition. 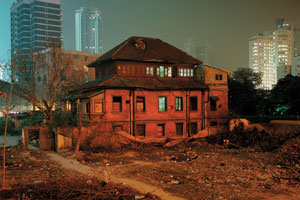 Peter Piller (More Beautiful from Above, 2002-2004) provides aerial views of houses, as if coming in to land at an airport, and Michael Wolf (a01, 2005, and a57, 2009, both from the series Architecture of Density) takes us in so close to the windows and balconies of the tower block, that it takes on a life of its own, becoming the living, breathing model of the portrait. This metaphor of the building as an organism is taken to the extreme, however, in Edgar Martins’ Untitled (Atlanta, Georgia) (2009) in which the white interior of a house has been attacked and left mutilated with holes in its ceiling, spewing out pink insulation materials, nauseatingly semblant of hacked flesh or brain matter. If one heeds the title of the series from which this print is taken, This is not a House, then one comprehends that the structures and habitations depicted both here, and in Horner’s show, really are something more than mere exterior casings – they are creations which have taken on a body and soul of their own, and which have their own life cycles and incarnations, sometimes outliving their inhabitants, sometimes not. It is apt then, that the setting for these exhibitions is PM Gallery, part of Pitzhanger Manor House, which itself was rebuilt by Soane, later left to fall into ruin, reinstated in 1901 as Ealing Public Library, and is now open to the public as a cultural venue, with gallery attached. I imagine the number of passers through will multiply for the duration of this pair of exhibitions, and I can only too heartily recommend going along and becoming a part of the history of this building yourself. 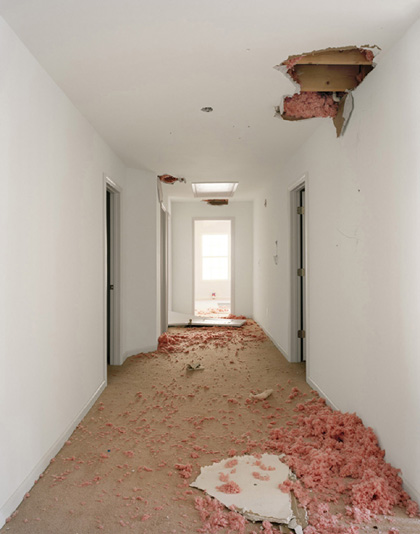 Walled in by feelings

from the series This is not a House