Review of Helen Carmel Benigson: The Future Queen of the Screen at ROLLO Contemporary Art

Helen Carmel Benigson: The Future Queen of the Screen

‘[…] the notion of identity used to be a narrative of geography or politics; now it is a profile – controlled, reduced and with the potential to be fantasy, reality or a mixture of the two.’

Certainly, the question of identity – both in reality and fantasy, the here and now, and in cyberspace – are key concepts repeated over and again in Helen Carmel Benigson’s easily recognisable video, print and performance works. A recent graduate from the Slade MA Fine Art, Benigson was named last July as one of the Independent’s top ten young British artists to watch out for. Perhaps better known as her alter ego, rapper Princess Belsize Dollar, Benigson has already had a busy debut to the new year with this solo show at ROLLO Contemporary Art, and a work featuring in the travelling group show, The Body in Women’s Art Now: Part 3 – ReCreation, also due to come to ROLLO in mid January. 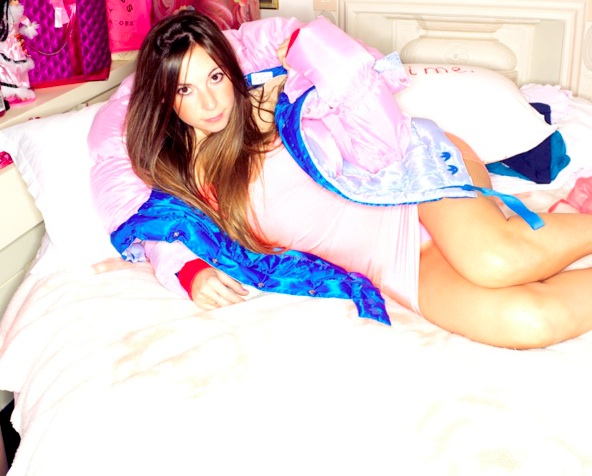 To read the rest of this review please go to: http://blog.darlingcollective.com/?p=209