Review of Jonathan Lasker: The 80s at Timothy Taylor Gallery

Jonathan Lasker builds his paintings up like a collage. Matt backgrounds in pastel shades, smooth and merely decorative, provide the backdrop for frenzied black scribbles, vertical and horizontal lines which run away with themselves into frantic knots, overlaid in turn by thick and vibrant scrawls of primary reds and yellows, squeezed from the tube with only the slightest touch of the brush. Celtic knots, spaghetti tangles, balls of wools – repeated motifs detached from their background, gestural scrawls, a cacophony of voices. With titles such as When Dreams Work (1992) or Heavy Mental (1985) these works do indeed both evoke and elicit a screaming rush of thoughts – the noise of the mind, undeciphered, purged directly on to the canvas. Optical confusion, eye ache, mental exhaustion. And then the peeling back of shapes, like a Matissean cut-out, revealing a calm beneath. Biomorphic shapes, or “blobs”, flowing from one image to the next. 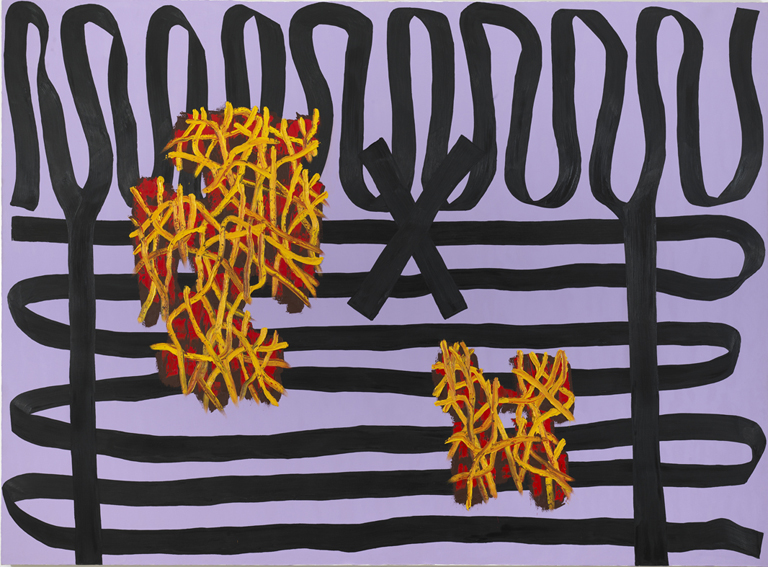 In their press release, the gallery suggests that Lasker’s paintings make us aware of how we look at art, by emphasising the paintings’ constituent elements, most notably the differentiation between figure and ground. I would suggest they do much more than this, making us aware of the differentiation – and overlap – of visual and verbal vocabularies and thoughts, of the conscious and the subconscious, the rational and the irrational, of conception and perception[1], and of silence and noise. Prepare to leave this exhibition with your head whirring and thoughts racing. 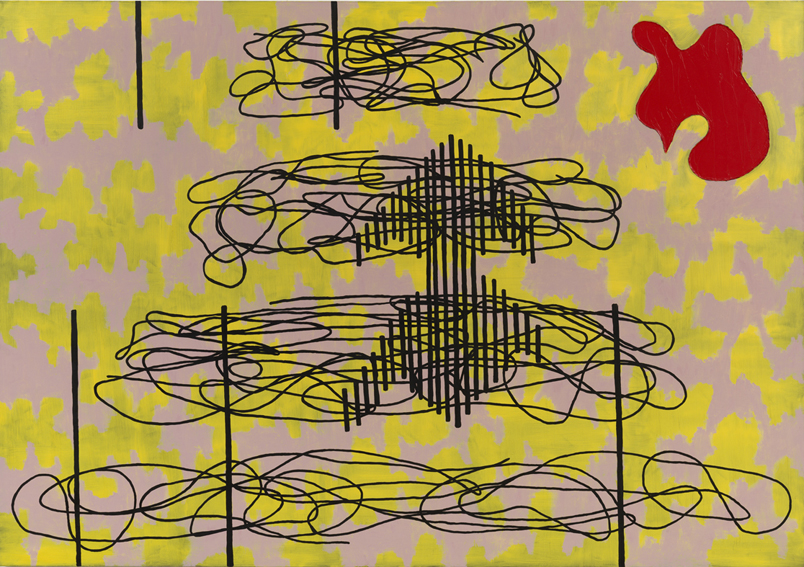 [1] The contrast between conception and perception was raised by Shirley Kaneda in an interview with the artist for BOMB 30/Winter 1990, available at http://bombsite.com/issues/30/articles/1276 (accessed 24/11/11).