Review of Gabriel Kuri: Before Contingency After the Fact

Gabriel Kuri: Before Contingency After the Fact 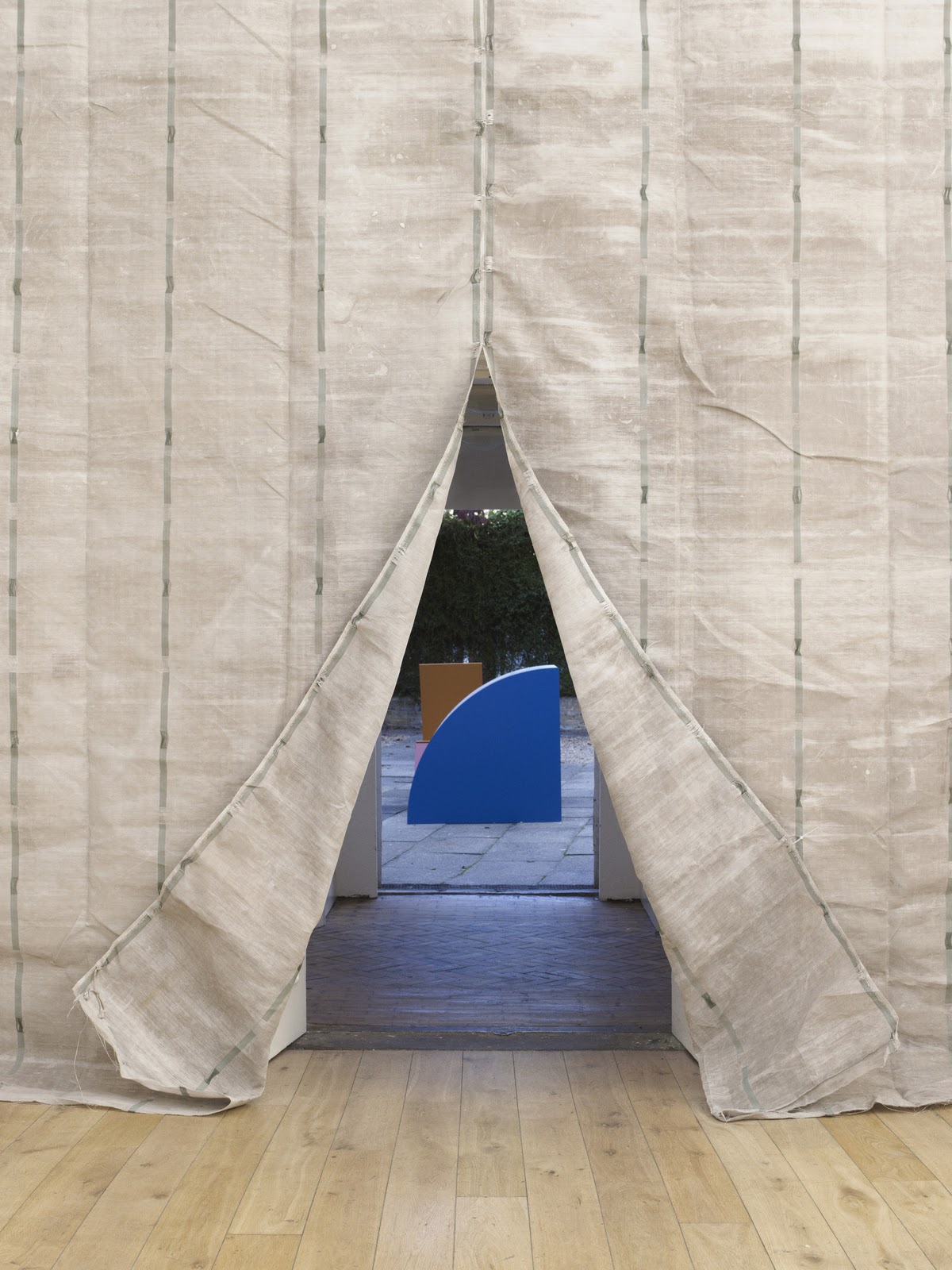 Many of the recent exhibitions at the South London Gallery have, in one way or another, explored its location, making use of its rear garden, backing on to a once quite notorious housing estate. Gabriel Kuri’s show, Before Contingency After the Fact, is no exception. Born in Mexico in 1970, this is his first solo exhibition in a London public gallery and consists entirely of new works which fill the main gallery space, the Clore Studio, and the garden in between.

Kuri’s sculptural work is known for its investigation of the relationship between “hard” and “soft” materials, and for probing the formal possibilities and nature of sculpture itself. These themes are continued here, but expanded to work with more political and existential themes, looking at the basic human instinct to mark out territory, and, quite simply, at the basic needs people have in order to survive. His large metal sculptures, painted in primary colours, are formed like sloping shelters, big enough for a body to lie beneath. The provision of grubby blankets (Untitled (3/4 Blue) (2011) furthers this functional suggestion.  Next to this, Untitled (Extra Safe) (2011), half a constructed, cream-coloured, metal shelter, half a rusted skip, matched in their pie-chart sliced shapes, is propped up on an inflated condom, symbolic perhaps of the most carnal of all human needs: the drives, desires, and innate survival instinct of both the individual and the race at large. 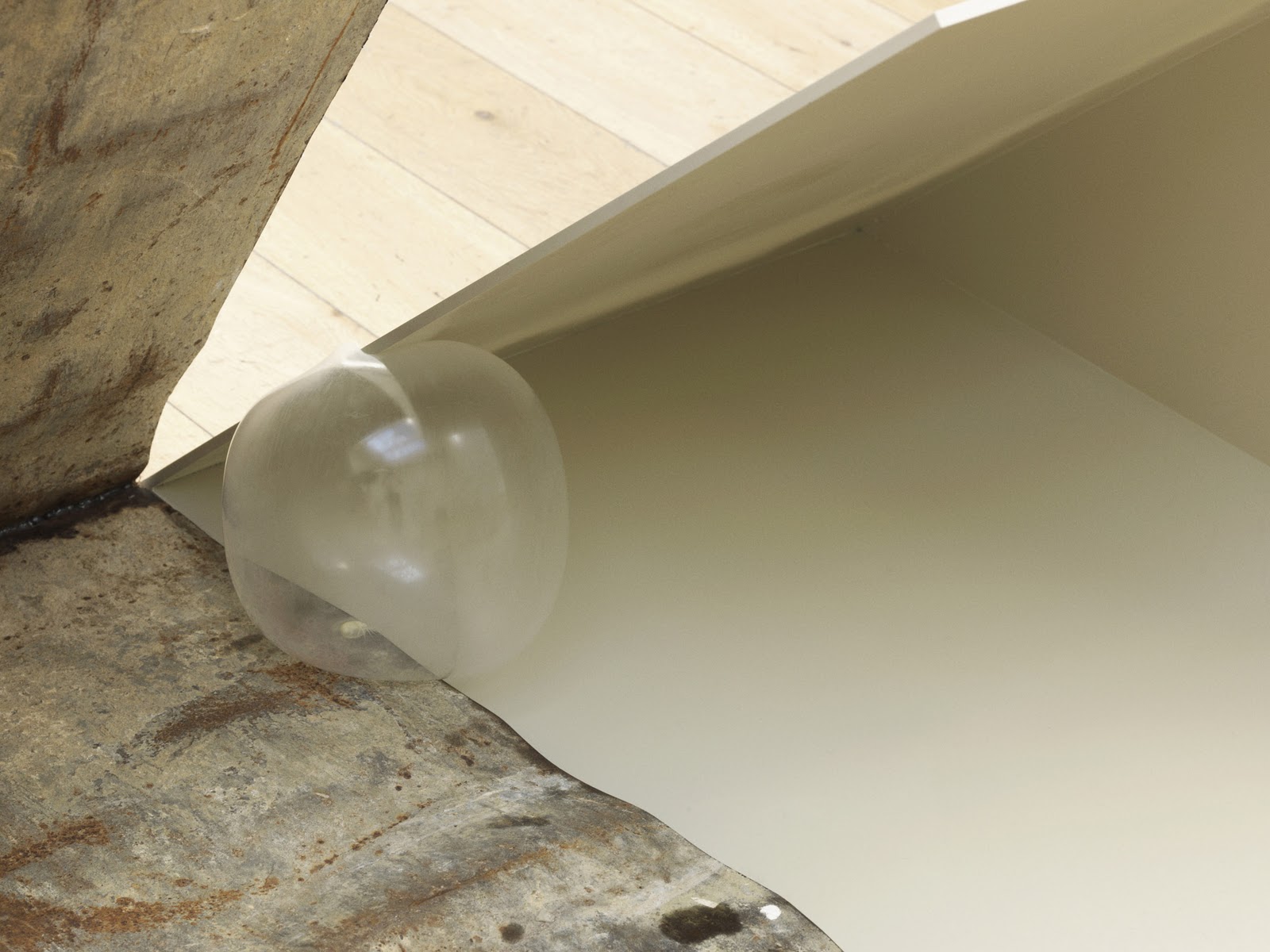 Similar pie-chart shaped constructions inhabit the neighbouring Clore Studio, reached through the garden, itself passed into beneath Untitled (Opening) (2011), a huge pair of curtains, pinned open, and inviting the visitor to proceed. These burnt red, hollow, segments not only explore the opposition of positive and negative space, but also hint at the statistical representation of data, in a room largely furnished with prototype versions of polling tables and voting booths, themselves adorned with and supported by more essentials of life – bottles of water and used bars of soap (is hygiene and the ability to wash oneself a luxury, or a basic instinct? Surely the latter, if we think of cats and other species and their constant preening?). The political inferences are apparent: who is in charge? Who holds the power? Who makes the decisions? Who is directly affected? Whose voice is heard? What really matters? Is the man on the street really impacted, for better or worse, by the actions of those who, quite frankly, live, move, and preside in a different sphere altogether? One booth, Untitled (Charted Topography) (2011), is also littered with vibrant yellow, sealed glass ashtrays containing the fossilised remains of cigarette butts, the last dregs of existence.

The largest work in the exhibition, Untitled (Shelter) (2011), is an installation of gravestone-like marble slabs, metre-high matchsticks (some used, some not), chopped up oversized credit cards, grey undercarpet, flattened cardboard boxes, dishcloths, empty energy drink cans, partition screens, and a cluster of sweatshirts and hoodies, jackets and shirts, hanging like a raised pyre. This could, if we overlook the surreal Alice in Wonderland sized elements, constitute the meagre components of a homeless person’s living quarters. The outsized additions, then, are a stark reference to consumerism and the misguided values of the wealthier society which overlooks those in need, itself forgetting what it is like – if ever having even known – to struggle for survival and make do with only the bare necessities. Life or death – existence in a nutshell – with the marble slabs a towering memento mori. 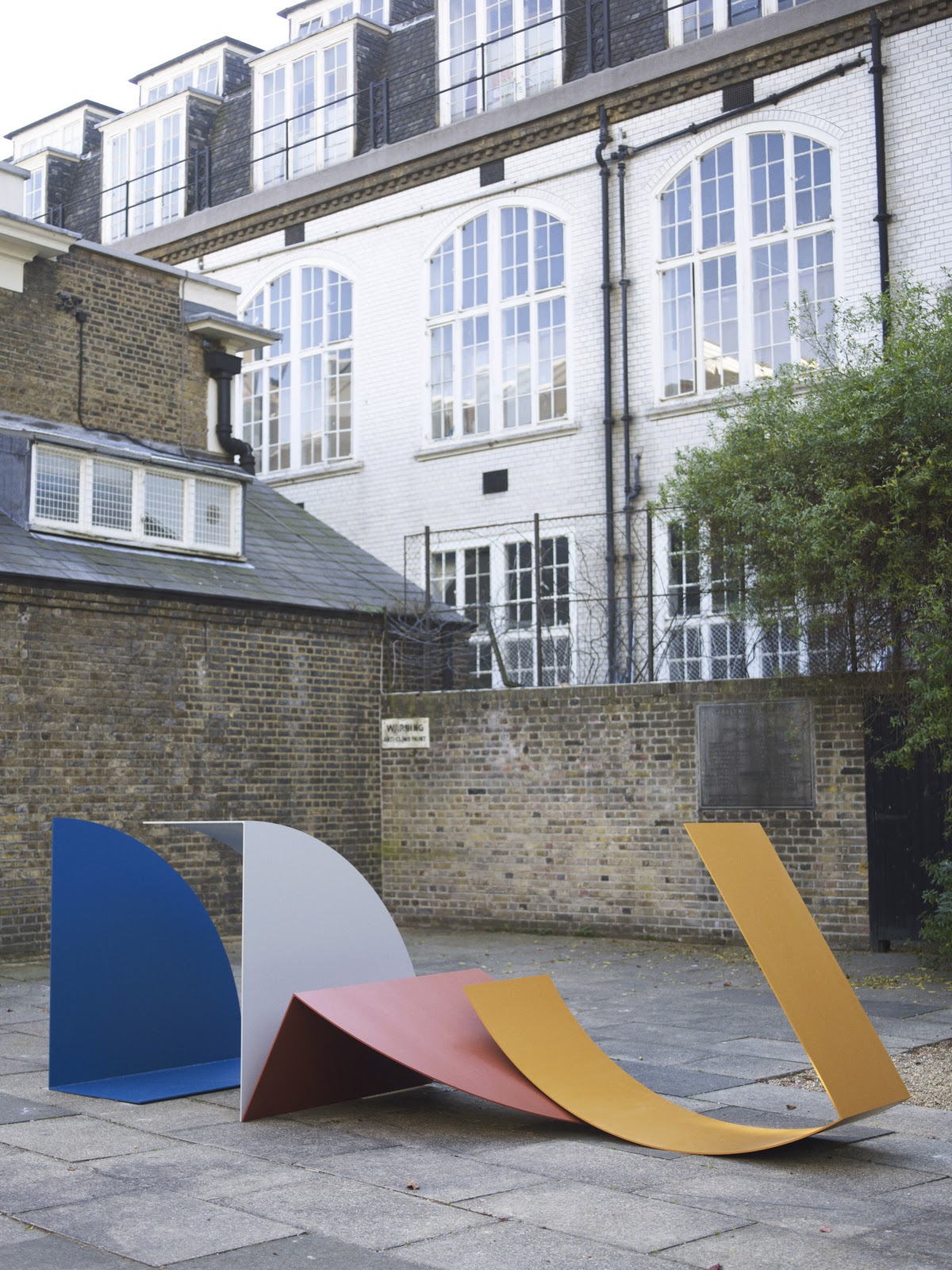 All images courtesy the artist and the South London Gallery.