Review of The First Actresses: Nell Gwyn to Sarah Siddons at the National Portrait Gallery

“Actresses are now models, models are singers, singers are actors. The job description is becoming very blurred […] Celebrity is so unbelievably celebrated now.” Such are the words of actress Wunmi Mosaku, one of the 39 contemporary actresses to have her portrait appear in the supporting exhibition to the National Portrait Gallery’s new show, The First Actresses: Nell Gwyn to Sarah Siddons. And plus ça change! This lavish exhibition of 53 portraits, some of which have not previously been seen in public, charts the rise of the actress in the 17th and 18th centuries, following permission being granted for women to perform on stage in the early 1660s, after the Restoration of King Charles II. In so doing, it provides an insight into what can unarguably be seen as the early days of celebrity culture. 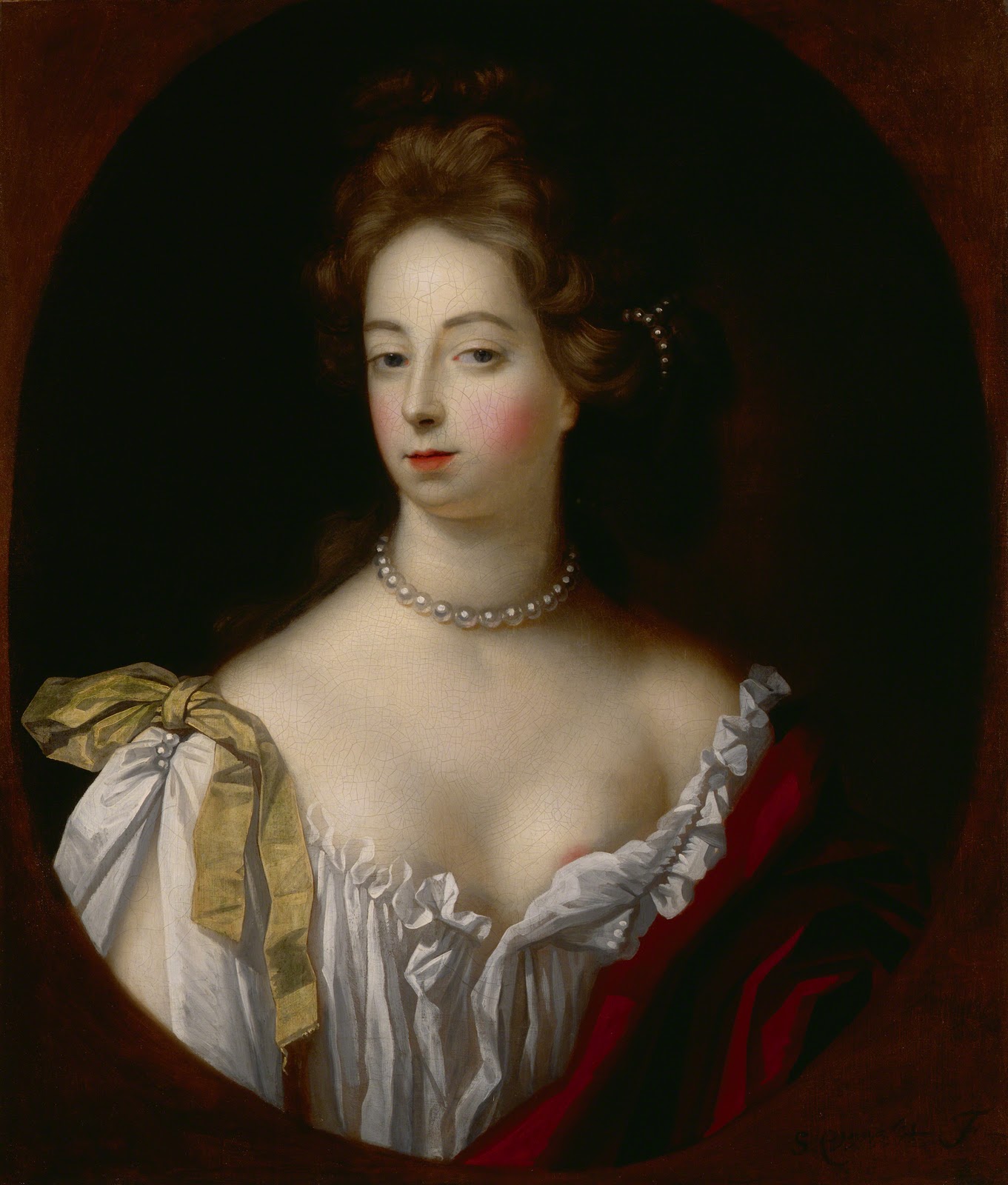 Starting with Nell Gwyn (1651? – 87), one of the first actresses to perform on the English stage, and, according to curator Professor Gill Perry, the first real “it-girl”, visitors can see just how popular portraits of actresses became. They served various purposes and contained many symbolically loaded visual tropes, such as the less than subtle inclusion of a discarded corset and an advertisement for the spectacle of “a most surprising hermaphrodite” in order to provoke moral debate about the questionable conduct of a lady revealing her ankles on stage in a cross-dressing role (An Actress at Her Toilet, or Miss Brazen just Breecht, anonymous artist after John Collet, 1779). Other iconological elements include the careful placement of stage props to indicate the sitter’s role as an actress, such as a mask in the hand of Lavinia Fenton (possibly by George Knapton, c. 1739), or a guitar being played by Mary (“Moll”) Davis (Sir Peter Lely, c. 1674), and the exposure of one or both of Nell Gwyn’s nipples was a common device to mark her status as a courtesan (Simon Verelst, c. 1680). In a similar vein, Gainsborough’s portraits of Giovanna Baccelli (exhib 1782) and Elizabeth Linley (c. 1785-7) capture the social contradictions of an actress being permanently caught both in and out of role – the result of the public conflating her stage role and private life in its thirst for salacious gossip about these early superstars – by posing them against a typically rural Gainsbourgian landscape, but simultaneously over-exaggerating their stage paint make-up. 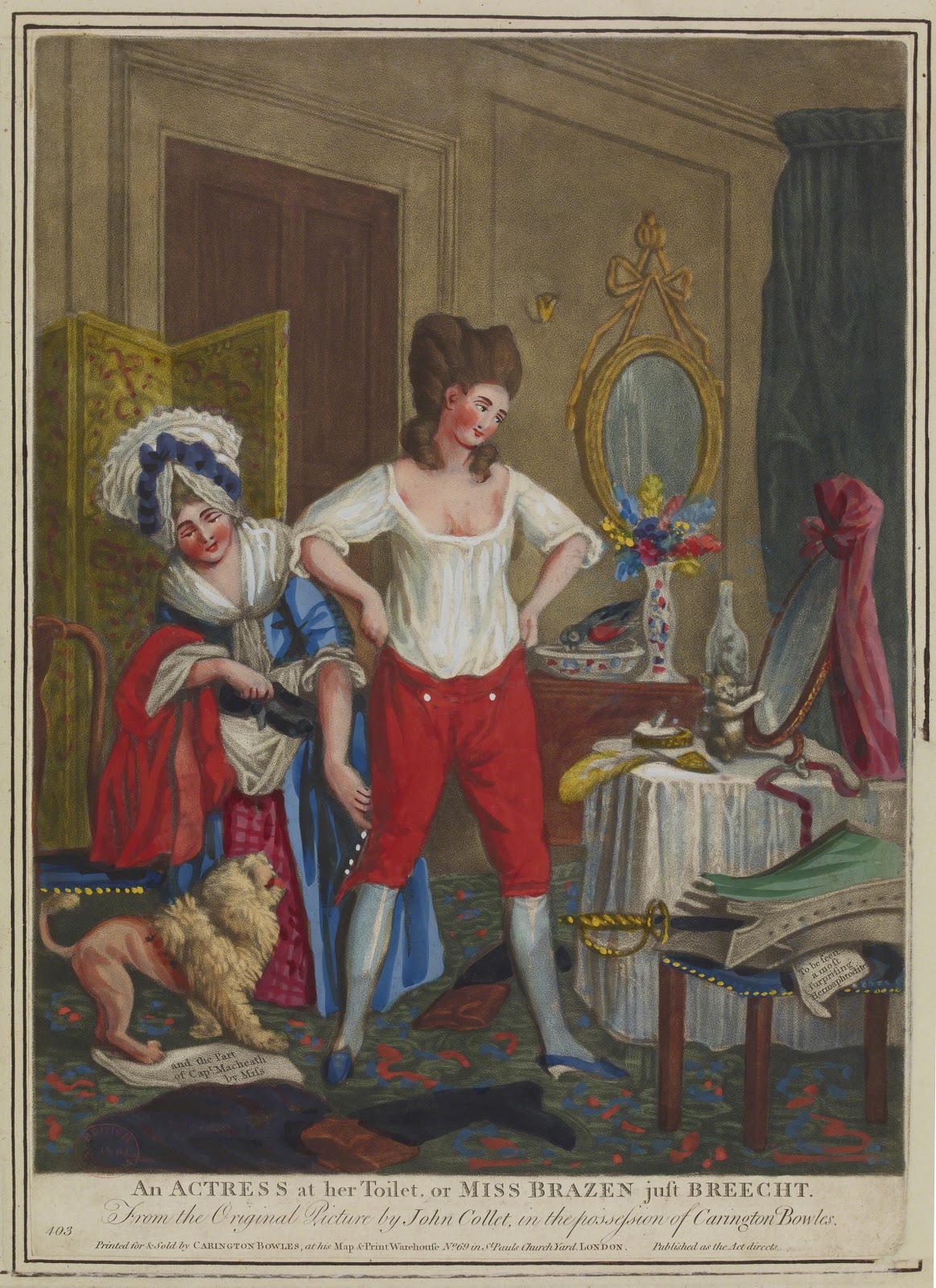 Portraiture was therefore, in itself, a form of performance. A new type of “theatrical portrait” – the representation of well-known actresses during a performance, placed centre-stage, within a dramatic scene (see, for example, Francis Abington, Thomas King, John Palmer and William Smith in ‘The School for Scandal’, James Roberts, 1777) – became increasingly popular, and was often exhibited in Royal Academy shows, thus strengthening an already tight bond between the visual and dramatic arts, and helping to elevate the latter in status. Engravings were often made of these portraits, and were sold alongside playing cards, fans, and other easily reproducible items: fan club merchandise in its early days!

As Professor Perry concludes: “[There is an] idea of Nell Gwyn as an early celebrity, whose life story and appearance are known through biographies and salacious gossip. But she was a shrewd manipulator of her own public image.” And surely much the same could be said of many an actress today? 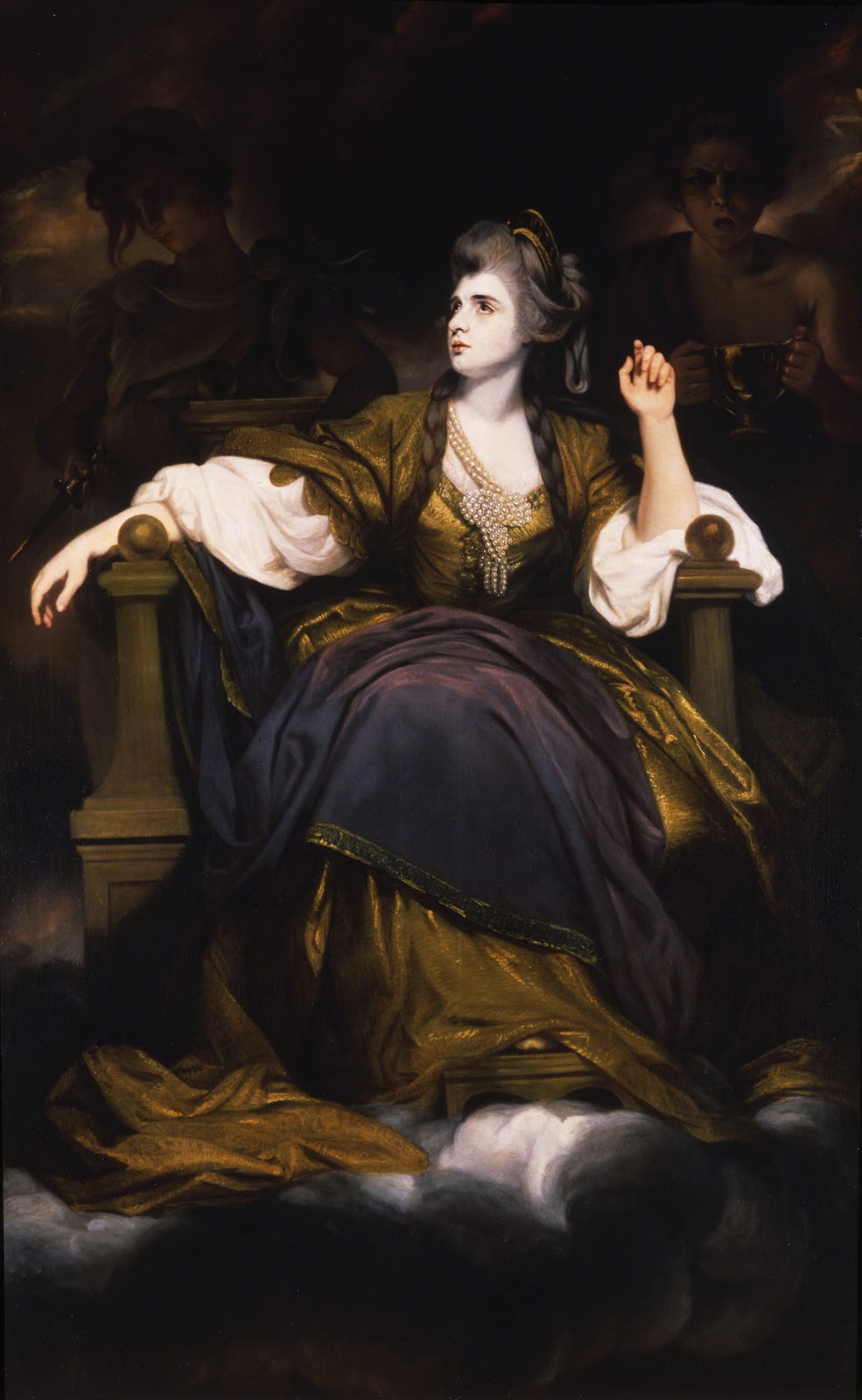 Copyright: The Trustees of the British Museum

Sarah Siddons as the Tragic Muse